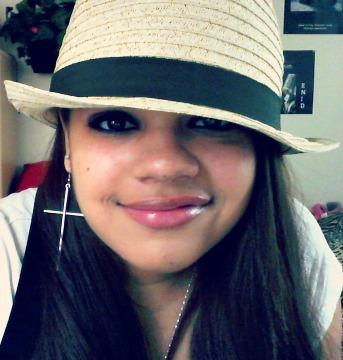 This is a message to my generation; it seems we’re falling into condemnation, subtly but surely losing our concentration, losing our determination to seek God and witness His manifestation in our lives, too busy with our infatuation with TV, video games, and the garbage coming out of popular radio stations, see cuz no one realizes that the worst influences don’t come from being under the influence but rather by being influenced by people of influence. Don’t you realize that what you let your ears listen to can stop you from letting God come through, Youth I speak to you, Galatians 5:7-8 “who hindered you from obeying the truth? This influence doesn’t come from Him who calls you”. So ask yourself what’s influencing you.

See I see too many Jay-Z fans these days, regardless of the fact that he’s made the multitudes repeat that “Jesus can’t save”, but I won’t even try to compete with those who claim you have to understand the context of what he was saying, saying is what I’m doing, and I’m doing what God’s saying, don’t you realize that anything you’re defending before God becomes the god that you’re praising?

And while I lack the empire state of mind, I have the empowered state of mind, cuz I’m gonna empower this generation until God tells me it’s my time, so don’t tell me that it’s impossible cuz that’s the enemies biggest lie, don’t tell me the world’s too big to reach out to, when the bible tells me that it’s my father’s foot stool in Matthew 5:35, don’t tell me I’m gonna run out of time when I serve the alpha and omega who exists outside of time, beginning and the end, principio y fin, because I’m not leaving this place without exalting my King, without exalting the one who gave His life for me, cuz if I’m standing here today it’s not for you to see me, so God make me invisible so it’s you that they see, cuz if not there’s no purpose in the words that I speak…

Empower, motivate that’s what He called me to do, so I’m gonna keep speaking these words until my face turns blue, blue the color of the sky that God finished creating along with the earth in Genesis 2, Genesis 2 also the chapter where my kind was created, you know the suitable helper that would help man follow God’s plans through, so women don’t you ever let a man devalue you, don’t ever think your worthless when God made you with purpose.

You were predestined with greatness, youth it’s time to wake up, laziness is just the enemy’s strategy to try and disrupt, the purpose God gave you, the reason He made you. If you don’t start fighting for that purpose, you’ve already given up, see cuz the enemy knows just how to corrupt, he knows how to tempt you to self destruct, he knows you have a purpose that he must interrupt, cuz if not it’s his head that your foot will crush, so don’t you be intimidated, don’t you give up, cuz the creator of the universe is the one who lifts you up, so if a thousand times you fall, a thousand times you get up, cuz I can guarantee you that God will never give up.

So I refuse to believe the enemies lies, when he tells me I’m only saying pointless rhymes, that my words won’t reach lives, and that I’m wasting my time. Because although I’m not perfect, the one who’s in me is, he filled me with purpose so I could tell the world that He lives, that He died and resurrected to save you, and cleanse you of sin. The I am that I am, He still is what He is, and He did what He did, so that through us He could live, perfecting His love, perfecting His purpose, it’s you He predestined, it’s you that He’s Chosen, so today you stop believing that your life is worthless, today you start declaring “I have a purpose” today you start behaving like you’re a different person, and today you start living your life knowing that you’ve been chosen.

79 reads for this poem