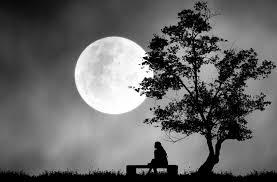 Smells like the residue of fireworks left behind from the celebrations, except this smell had the hint of fear in between its lines,

Tastes like sucking on a old rusty and bitter toenail from the foot of your least favorite person in the world,

Tastes like a rotten apple left behind from a batch of good ones after it’s been thrown out,

Sounds like the drums of war being played, as the gazelles start to run away and hide,

Feels like the goosebumps that a ghost forms on your body, except this one is more intense,

Feels like shaking of an earthquake as it takes over your body’s momentum,

Feels like the thumping of a stampede except this one is heading towards you,

Feels like the devastation of losing a loved one except you lose everything instead of just a loved one,

Looks like a plain of dead animals lying there as tears fall from their eyes,

Seems like you looked death straight in the face and asked it to take you away. But don't forget. God is great and he's always there.

Walk towards him and he'll run towards you, reliving you of all weighing emotions as a smiles cracks on your face.