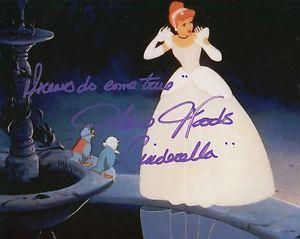 It echoed in her mind,  as she could just never find the time, To try go and make that climb.

She worked for evil women, Not 2 but 3! She didn’t want to be like the girl who slept on a pea.

Cruel step-sisters bossed her around, sometimes they even pushed her on the ground!

Enough is enough! Cinderella screamed, she was ready to follow her dream.

She listened in one day, only to find out there was a ball, and boy, was she enthralled!

Don’t you dare! Her stepmother said. She then told Cinderella to go make the beds.

Come the day of the ball, Cinderella had been through it all.

She had been told if she finished her chores, she could leave through the chateau.

What was in store for her though, no one would know.

Her dress had been made, all done by her mice. Her stepsisters also thought that it was quite “nice”.

They tore into her dress as they took back what they threw away, and poor Cinderella remembers that to this day.

Out to the garden and past the plants, Cinderella lay crying near a mound of ants.

Angry at the world Cinderella was, until she heard a little buzz.

Upon her eyes was a wonderful sight, her fairy godmother was there and said,“remember to be home before midnight!”

Cinderella rushed to the ball, with all her glitzy gems, just after pulling off her pumpkin’s stems.

Through the door she emerged, only to be greeted with a quick little blurb.

Off onto the dance floor she was swept, with her dress flowing as she left.

She danced and danced all night, making sure her soon-to-be husband was still in sight.

As midnight came closer, it filled her with fear, as she knew that her time to leave was near.

Ding! Ding! The tower shrieked. Cinderella ran until her glass slippers were no longer on her feet.

She had lost one in the run, but little did she know that the little slipper would lead to some fun.

A few days after her time at the ball, she was met with a fate. Locked in her room by her stepmother’s hate.

She nearly missed trying on the shoe, but thanks to her mouse friends, she could now whew.

Cinderella fit the slipper perfectly, and was brought to her prince.

They were soon wed and filled with bliss, joined together by true love’s kiss.