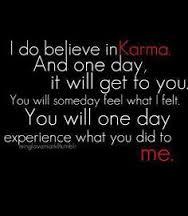 You see a family, smiling and happy.

You see the dad talking, and the daughter laughing.

The mother smiles but behind her eyes,

Are the secrets that the house hides,

In reality the daughter is crying,

Everything she once knew is dying.

The mother says it’s going to be okay.

The daughter waits for him day after day,

But he doesn’t come home.

A few months later he returns.

The words he says start to burn.

She screams and cries, but it does nothing.

Her family was slowly breaking.

The mother began to shout,

The daughter runs to her room to cry,

She couldn’t believe she had to say goodbye.

Her whole life was becoming a lie

She couldn’t get herself to ask why.

Months went by before she spoke,

Her mother was worried,

Her father was gone.

They were being forced to move.

What did she do wrong?

The perfect picture was now destroyed,

The perfect life was now a void.

Years later he got married, but the woman was awful

She made the daughter grow angrier and angrier.

They got along at first,

But then she found out something that made her feel worse.

The woman was a twofaced person,

The girl’s anger started to worsen

She stopped talking to them and it made her feel better,

But that nagging feeling of abandonment kept hitting her.

She wasn’t good enough for the father,

She wasn’t good enough for her new mother,

She was an outcast,

Abandoned by her family,

She was a stranger,

Her mother saved her from despair,

By making sure she knew she would always be there.

The mother became her best friend,

She knew they would be together until the end.

She was worried, but her mother was there,

She separated herself from him, changing her hair.

She is changing her last name to match her mother’s,

She hates her little brother.

The life she always dreamed of, was long gone.

She accepted her fate, and let it fall

She wondered if he loved her at all.