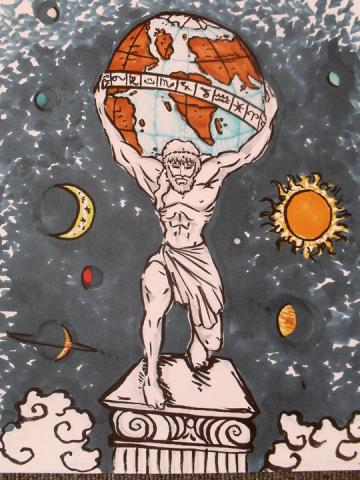 In the unknown and uncharted spheres of the universe,

Lived a man who cradled our Earth,

Tucked behind his sturdy neck and bulky arms, he immersed,

Truly, in his own worth.

Lofty man that he was, refused the strains left on him,

Tyrants of the high and low, nevertheless, implored him incessantly,

Then if not, the man succumbed to his and every vanquish, it seemed.

Lesions never pestered him to rest,

To some prestige and respect, he grew pleased,

Thus, despite his mentality, his composition not the best,

In light, he told himself not to fear,

Through time, maybe millenniums grew the affinity of power he would adhere.