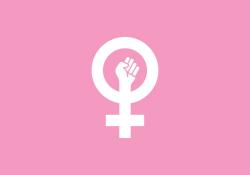 Feminism can be defined as an advocacy for achieving an all-encompassing equality amongst genders. In an ideal world, one worth striving for through poetry and social action, everyone would be a feminist. Feminism is not exclusive to gender, and like any matter of inequality is relevant to all of our individual experiences. The following powerful poets have used their words to exhibit the multi-dimensional nature of femininity: their feminism is radical because of their determination to being the less-acknowledged plights of the female body to the forefront of the conversation. Read on to learn more and be inspired to write your own feminism-centric piece.

Elizabeth Acevedo's recitation of her poem "Spear" lends her experience to the audience, letting us know that the world has shown her things that make her want to protect her own daughter. The poem is thick with maternal affection for a child not yet born. Her preeminent knowledge of the hardships that a young woman will inevitably face reveals the tireless and inescapable nature patriarchy. In the quoted line above there is a feeling of restlessness in the duty of motherhood. The writer places a contrast between how the world says that a woman should be raised, and what she personally thinks is best. Acevedo interprets the consequence of raising a daughter to smile and nod politely at men to possibly be the loss of her innocence. This poem gives an insight into motherhood and the various responsibilities that come with it, such as the duty to protect.

Crystal Valentine's title "#Feminism" is a statement by itself. The hashtag in front of the word "feminism" means that we're talking about modern feminism. The feminism of the digital age has often been called out for being superficial and exclusive to heterosexual white women, and for focusing primarily on issues that affect them. This poem directly addresses faux-feminists and Valentine uses historical extremes that are happening every day and compares them against the issues focused on by white feminism. She holds women accountable for not being intersectional activists and only caring about what happens to those who look like them. A lot of the magic in her message is that people who watch this and take offense might say, "well I didn't do anything..." and that's the entire point! There are feminists who aren't consciously racist or homophobic, but their fault lies in their lack of care on issues that matter to women of marginalized descent. This point is brought to the audience's front door when Valentine beams, "when I think of feminism / I see a transgender woman not being invited to the rally." Valentine's bravery and need to call responsibility from a group she identifies with is a radical sign of love and impatience for change: the type of change that can only happen if we hold one another accountable.

Denice Frogman's "Dear Straight People" is an open letter to heteronormative society. Her poem calls out straight people for creating a climate full of micro and macro aggressions that queer people have to navigate around. Like many others on this list, Frohman's perspective as a queer woman of color is one that gets pushed to the "subcategory" that Valentine mentioned in her poem. She addresses straight people with a patient temperance, trying to communicate to them what it feels like to be scrutinized for being exactly who you are and trying to show them scenarios in which their straight privilege causes harm to the queer community. A lot of the things that normal men and women do. like public displays of affection, can be really dangerous for queer folk. There is a liberation in shrugging off the risk of being taunted or harassed, which is highlighted in the poem. What can be taken away form this poem is the idea that love and authenticity is worth more than the cost of assimilating to society's preferences. Times are changing and though kissing her partner in public may still be a radical act of feminism, there is optimism in the word "yet," for we believe that poetry can change the minds of millions.

Dominique Christina's poem has a strong maternal voice. It is a mother building a wall of pride around her daughter to protect her from the juvenile opinion of the male gaze. The poem is a repsonse—or rather a lesson—to a boy who tweeted about his disgust at women menstruating. Christina starts the poem addressing him as the "nameless dummy on twitter" as she begins to debunk the childish ideas that many folks have about periods; even women sometimes internalize misogyny and feel embarrassed or disgusted by those who radically embrace their femininity. What the poet makes clear is that the beauty of the female body is all-include, meaning she celebrates every aspect of womanhood and not just the parts that men and society have deemed interesting or attractive. The poet reminds us that the experience of getting one's period should not be something that's dreaded by young women but rather a source of pride, because that blood represents the strength and resilience of women. The stigma of patriarchy implies that girls should be inclined to flinch when they hear someone talk about their period; we are taught that it is a private matter inappropriate for normal conversations. In high school health classes everywhere, there is usually at least one young man making jokes about menstruation, making somebody's daughter doubt the brilliance of her anatomy. When she turns the poem to her daughter in the quoted section above, Christina empowers her daughter by reminding her (and the audience) that this issue is so much bigger than the "twitter dummy." The humiliation surrounding periods is a serious issue and happens far too often. There is work to be done to free so many other women from such wrongful humiliation and this poem inspires girls everywhere to proud and rebel against the social stigma around periods.

Miranda
O, Father you are a great planter  You’ve planted my seed in this island  and watched me grow into a tree Untouched I was,...

I Am A LADY
HEY!, DON'T TOUCH ME RIGHT THERE!!!! I AM A LADY!!!! Im no one of these easy chicks Im not the one to get up in it quick I...
END_OF_DOCUMENT_TOKEN_TO_BE_REPLACED

Poems to Support a Veteran
END_OF_DOCUMENT_TOKEN_TO_BE_REPLACED