How to Write a Limerick 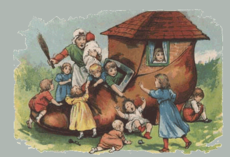 A limerick poem is a short, funny (goofy!) poem that’s quick and easy to write. Although limericks feel playful, this form of poetry comes with a lot of interesting history and writing techniques. Here are some tips to help you learn how to write a limerick yourself — and some limericks from our Power Poets for inspiration:

Read through some of these examples of limericks below, to get a better sense of their flow and feel.

"There Once Was a Man from Nantucket" by Anonymous

There once was a man from Nantucket
Who kept all his cash in a bucket.
But his daughter, named Nan,
Ran away with a man
And as for the bucket, Nantucket.


"There Was a Young Lady Whose Bonnet" by Edward Lear

There was a Young Lady whose bonnet,
Came untied when the birds sate upon it;
But she said: 'I don't care!
All the birds in the air
Are welcome to sit on my bonnet!'

Feeling ready to write your own silly story? Now that you know how to write a limerick, you can learn how to post it on Power Poetry for more feedback from other poets like you. And once you've mastered the limerick, you can explore other poetry tips for info. on odes, free verse poems, slam poetry, and more!

Morning Routine
I wake up early with my hair very curly. I have woken up to get a coffee cup. Today I called my friend because there is...

Star(winks) by Sheik
I witnessed the storm before the lightning.. all marksman sniping for relateable kills. No streak for the UAV.. all targets...

An Ode to New Beginnings
A year ago, I was prone to anxiety.Internalizing a battle that my family had spent years invalidating.I learned how to shove...
END_OF_DOCUMENT_TOKEN_TO_BE_REPLACED