7 Steps to Addressing the Post-Racial Myth 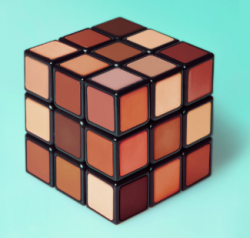 The Post-Racial Myth is an idea that was ushered to the front of social justice conversations after the election of President Barack Obama in 2008. There were many people who began to claim that we live in a "post-racial" society: one where race isn't really a cause of injustice or distinguishment. The axis on which this claim spun was the election of our first African American president. It's a romantic view of our social climate that is unsafe because ignoring race (and therefore racism) or choosing to believe that we live beyond it can create more dangerous situations as opposed to facing our flaws as a society head on. Racial division can only grow wider when we ignore the struggles that individuals go through at the consequences of their skin color.

Some Exercises that Encourage Empathy and Inclusivity:

The Great Awakening (#BlackLivesMatter Pt.3)
It hurt my heart when I first heard about George and Ahmaud,  But when it really hit home is when I heard about Breonna,...

"Undertsanding who I truly am"
The word “THUG” is just an idea that's meant to illustrate the mindset of what's within.. Them It's just a word yet has so...

Untitled
He had a dream, yes, I'm talkin bout Dr. King He dreamed that blacks and whites, would get together in unison When Crow laws...
END_OF_DOCUMENT_TOKEN_TO_BE_REPLACED

How to Write Poetry About Body Image

Poems to Support a Veteran
END_OF_DOCUMENT_TOKEN_TO_BE_REPLACED