7 Famous Poems About Nature and the Environment 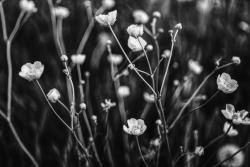 Nature is one of poetry’s oldest subjects. It is ever present and beautiful. It can serve as a metaphor for a multitude of events or feelings. The environment a poet lives in can define their poetry in its everpresence.

Tools & Techniques for Poems About Nature

The greatest writers of all time have turned to nature for inspiration and refuge alike. What is it about the way waves crash or softly caress a shore? What does it feel like when the moon seems brighter than the sun? What does it mean when a rose grows from concrete?

Besides the metaphors in nature, contemporary artists have also used great imagery and written about pollution, climate change, and industrialization. Whether you live surrounded by nature or in a big city that’s a jumbled mess of noisy streets and almost absent of any trees, your environment is full of inspiration.

Each poem uses this theme in a unique way whether nature is a metaphor or the subject of an increasingly polluted world.

1. “The Road Not Taken” by Robert Frost

This is one of Robert Frost’s most famous poems, which constantly serves as an inspiration to people everywhere. He writes of his journey down a road and the time he had to decide his direction upon meeting a fork in the road. “Two roads diverged in a wood, and I—/I took the one less traveled by/And that has made all the difference,” he writes. This is poem is often used as inspiration to do the more daring thing or to make the more unconventional choice because it celebrates what happens when you take “The Road Not Taken.”

2. “The Rose That Grew From Concrete” by Tupac Shakur

3. “The Tree Agreement” by Elise Paschen

This poem is a great example of deep beauty and meaning in life’s simple moments, like arguing with a neighbor about hacking down a tree or not. In “The Tree Agreement,” Elise Paschen describes this conflict, the value she sees in the tree, and her desire to keep it. By using violent language to describe removing the tree and using bleak descriptions to describe her neighbor, she shows an appreciation for the tree, a beautiful element of nature shooting up in the middle of a city.

This poem delights in the absolute power of the sun, comparing it to a god. Dan Chiasson writes that the sun connects us all. The sun is in charge of darkness as it is “in charge of the imagination.” The sun makes stars disappear but makes star-like reflections everywhere.

Similarly to the previous poem, this poem explores the absolute power of water and its ability to create as well as destroy. “Water,” however, is an example of the poetic art of not having a single extra word. In 51 words, Ralph Waldo Emerson writes how well water can “doubleth joy” or just as swiftly “elegantly destroy.”

Don’t forget about animals and their power and symbolism in poetry! In this infamous poem, Maya Angelou writes about a bird that is free and one that is caged as a metaphor for the confines of racism. Angelou writes about the bird with full wings that flies, floats, and “dares to claim the sky.” She also writes about the caged bird with clipped wings and tied feet standing “on the grave of dreams.” Even though this bird doesn’t have wings—a classic symbol of freedom—she knows what it does instead of flying.

7. “There Will Come Soft Rains” by Sara Teasdale

Written amid the 1918 flu pandemic and World War I, Sara Teasdale turns to nature for hope. “There will come soft rains and the smell of the ground/And swallows circling with their shimmering sound,” she writes. Despite the death and despair plaguing life in that era, Teasdale turns to the inevitability of nature’s beauty for hope in a peaceful, healthy world.

Join the brave community and share your own poem about nature here on PowerPoetry.org. Or, read what others have written.

The Nature In New Mexico That Inspired Change
Living life without a careDon't even worry about my hairHomesickness snakes throughout my skinBut every day is a win As a...

Final stand
Freons The boulders have been ground by the waves Cascading onto beaches making sand over the ages Now smooth Stones sit...
END_OF_DOCUMENT_TOKEN_TO_BE_REPLACED