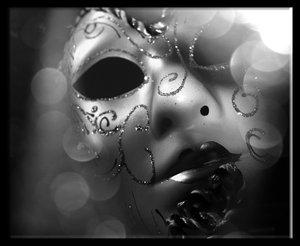 By nature I’m human
Imperfect and inclined to make blunders

All ways in battle
Rebellious to the obstacles and opposition
Hindering my right to “life, liberty, and the pursuit of happiness”

In this war, my war, giving up is never the answer
Just a cheap delay tactic

Fighting long and fighting hard
I’ve stifled every voice, shattered every word
From an audience of critics who’ve done nothing
But doubted and ridiculed me and my vision.

The battle was over, but not the war

Nothing could have prepared me
For the brutal and relentless battles I would face.

Deceitful and cruel
A blessing and a curse
Always with me, yet never there
We should be as one
Yet you have a mind of your own

Bending brain and body to your will

Perceiving both people and situations
Differently from the norm

Hypnotized by your lies

Searching for the light
But I see none
Only darkness

What is the meaning behind such madness?

I’m now older and wiser
And I have you to thank for that
By conquering you, I conquer myself

I AM TRULY MY OWN WORST ENEMY.

film your voice scholarship worst enemy me myself and I