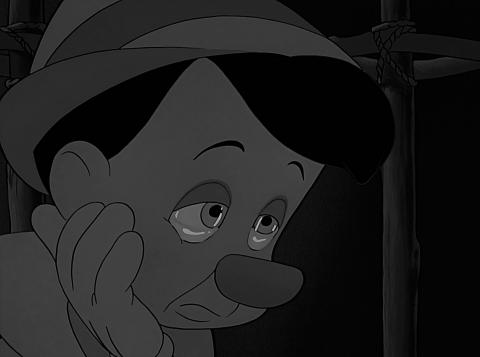 That he didn't want to be a real boy

The hardships of life made him see

That he'd rather live life as a toy

He wished and he wished to that North Star

But too late, for he was a grown man

And then one day his father died

And life's pain he could no longer stand

So Pinocchio gave up on wishing

And that night he took his own life

The dark unknown with his father

Was better than living with this strife

And the cricket, his conscience, tried to save him

But he had gone away too

Died in an accident long ago

And that fairy, all these 10 years she had waited

She was not really a good angel of hope

No, she was a demonic dealer to people

And she had finally collected these souls

2017 Once Upon a Poem Scholarship Pinocchio