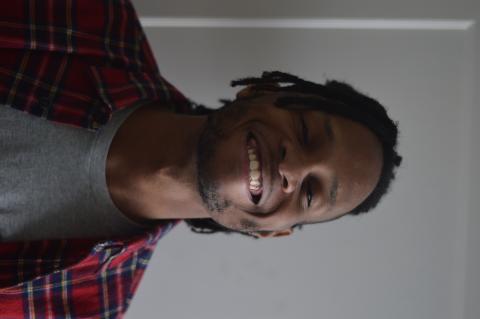 There were days when I did not want to claim who I was. If I made that proclomation, then I was admitting to being the poorest kid on the block.

I would of rather been Ash Ketchum, then to be me.

If I claimed to be me, then I would of had to accept that my parents were drug addicts.

I would of rather to be Sora, then to be me.

I felt so ashamed. I felt so inadequate.

If I proclaimed who I was, then I too had to accept that my house had no electric or no water or no heat.

If I proclaimed who I was, then I had to accept that I had no clean socks for school and that my uniform had not been washed in weeks.

I know that my struggles were not me, but we were joint at the hip. Wherever I went so did my overwhelming and disruptive life.

It cast a shadow that was far bigger than I. It overtook my thoughts, my joy, and ultimately the appreciation and sastisfaction of who I was.

It wasn't a beautiful acceptance, but it was a step forward.

I would rather be me more than anyone or anything else.

It took awhile to be ''Raheem Curry''

It took a long time to forgive the crackpipes and emotional scars of my parents.

It took awhile to acknowledge the lack of privileges and resources in my life and neighborhood.

My scars and hurt and past ALL made me into the man that I am today, and I will never want to trade or give those experiences up again as long as I live.

I am and will always be, Raheem.

The name that my parents chose for me.

In Arabic it means 'merciful' and merciful I shall be.