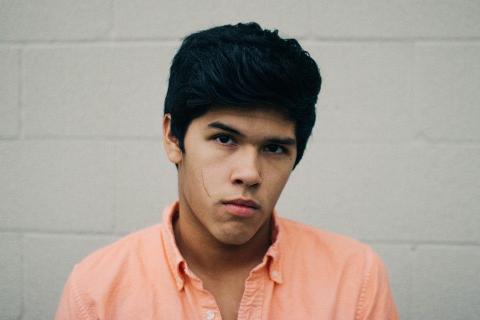 I stand here to tell you of who I really am.

But, first, let me give you some background.

You have not heard of me, or been told of what I could be

Because to everyone else I am nothing.

I am the one who was thrown in a hundred million directions, and

Could hardly ever make a true connection.

I was used, and abused

By the one who told me that I was accused

Of something that I had no control over.

What could I do? I was only two. And, where were you?

From then on, I was so confused,

And lost on a journey of who I am.

I’m no longer that innocent lamb.

Always self-conscious of myself, I hid.

But somehow, or another, you made me care.

Calling me names that directed my path.

God, If only you could have done the math.

You don’t know this, but my parents got a divorce

Therefore, I grow up without a dad, of course

Ever since the age of eleven.

I’ve tried for too long.

I guess the real me is wrong.

I never saw things like you true boys do.

I grew up with my mom,

Looking for dresses and a new shoe.

But, of course the bullying continued.

I kept it all bottled up inside.

The mask that I put on every time

That you were around.

When you spoke, I didn’t make a sound.

I didn’t want you to know how much it hurt.

Let it all soak in the wound, like a little bit of dirt.

Sure, it burned at first,

But it will eventually fade.

That’s how I was made.

But I’ll make it work.

20 years after that tragic day

When my innocence was taken away,

With the man I love, naked.

I have finally been awakened.

I’m not bound by what you say I should be.

Or maybe a tall tree.

But one day, you will chop me down again,

With the words you say,

Even though you claim to be my friend.

So, this is who I have become

Because of what you have done.

If you had let the real me in

And not created a stereotype based on how I acted.

But, because you don’t seem to care about me,

You will never see

The impact of who you’ve created me to be.

With all the words of hate,

That you so graciously set upon my plate,

I will die from poisoning.

Then again begins the questioning.

But, who could I be, if I was set free

From the chains that you have set upon me.

I could be a normal boy, playing with the normal toy.

I could be a husband to a girl,

Instead of being in some kind of same-sex marriage swirl.

Forget all of you who tore me down.

And told methat I had to drown.

I know now what I have found.

The true me awaits.

I found a manual in which I operate.

At last the mask has left,

From the face of the one who finally claimed theft,

Of the innocence that I once had.

I’ve let go of the past that was once bad.

Or maybe a tall tree."

So beautiful, I love this part a lot.

i creied listening and reading t his poem it is truly amazing well done!

Such a touching poem