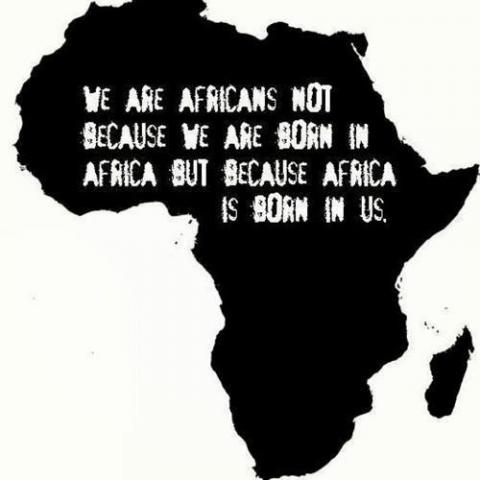 Yeah, I was one of the first to ever been created
Though you might not believe it
I am the brother of him the ultimate
thanks to him I’ve been so fortunate

Though they had tried everything to wipe us out
We are still strong and dominate
Though most of us are poor we are still the riches
though our culture, religions, and way of lives are being taking away from us we are still dominate

Though, mine King and queen been long gone
I’ve still see them in the us of all of us
Though, our army is not as strong it once used to be we are still warriors
Though, we’ve ask so many question but none ever been answered

Yeah, we still have allot to do but we wont ever get nowhere if we don’t rise up now
We can’t be kings and queens if we wont challenge our problems
We can’t possible go to peace if we all running away from the fight for it
We can’t possible call ourselves Africans if we always fighting each other like a bunch of savages or uncivilized people

Yeah, better days are coming but they won’t come till you go look for them
You want to stop poverty, corruption you’ve got to get involve now
we want to educate people, so educate now
you want revenge then let rise up now and get revenge on proving ourselves to them
prove we can do it all alone and better

No, we do not needs them not now or ever
as they won’t aspect us as humans will do them a favor
we will show them they don’t have to look at us as the lowest
we can only do that when we organize and stop all those crimes

We can unite once again but first we must get educated
we can’t go to the future like we are right now
NO... that would be shame for our fellow brothers, sisters, mothers, fathers, and children
For we have have enough of pain

Now it’s time for revolution like we did 500 or 100 years ago?
Can you keep on living on shame to your ancestor?
Can you really call yourselves the children of the great creator?
when you closed you eyes what do you see?

Everyday you wake up you living in shame
Why won’t you finish the work your ancestor started
Why most of us so greedy
Why when they gives us power or opportunities to change our people lives we only care for ourselves?

Why does we got to kill our sisters and brothers for standing up when we ain’t doing right?
Why we abuse our power?
We most of our nation have the lowest humans Rights?
why does we let our enemy control us by economically and politically?
What you’ve got to say for yourselves?

Funny, I’ve Think back then when our people were more stronger in any ways necessary
We never let the European or other white people control us.
And now they goes to our home and kill our family and claim our lands as theirs
I don’t know what should I do
should I fight with my people as a revolutionist?
or should I just stay and live in this wicked world amongst the people who’ve hate my kind the most?

Or should I just take all my stuff and go live somewhere were there’s no humans?
For that would be peaceful and there would be no worries
expect staying alive till the next group of them come back to make us slaves again?
No... that! I wont ever go through it again, so I should stand tall as the only Africans to fight for my dears brothers and sisters and also my Children and grandchildren that yet to set their scared little feet in this messed up world.......

94 reads for this poem