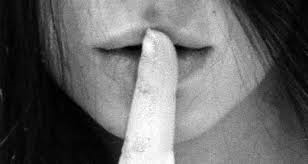 The silence was seriously starting to get to her,
This was the day,
The day everything goes down.
It’s not every day the earth swallows you whole in one mouth full.
The silence was starting to eat away at her soul, it was everywhere.
How could they?

How could they pull her away from him?
Sure she signed up she thought it seemed like a good idea at the time.
She never wanted to be a head-hunter just protect what she loved loves
But will there be anything left when she return,
Will there be a home left or will the silence eat it?
She seems over dramatic as she waits to say goodbye to the only thing she loves,
But as she prepares herself to go into the arena filled with battle-sweat
She knows,
This could be their last good bye.

So goodbye they say,
As bittersweet as expected,
And she gets on the old metal caterpillar that will take her away
She sits on the right side,
In the very back,
So she can turn around and wave goodbye until she can no longer see the man she loves.

But what she doesn’t know won’t hurt her,
And what she does know will hurt her more,
Is she is not the only one becoming a head-hunter in a bizarre twist of fate he decided to join his love,
The only problem is;
Even where good intentions lie they don’t always follow true,
So as he enters to spear-din he filled with death.
And as he closes his eyes for the last time he calls out to his beloved, who will never hear his voice again;
And who will always suffer in the silence.