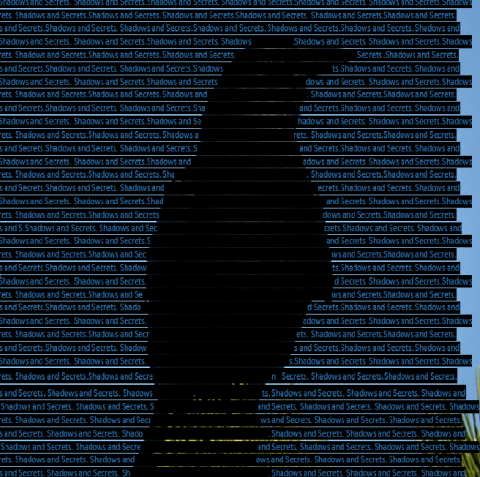 I walked back home that night alone. Desolated and feeling awkward,

I could hear the crows above me in the dark skies of the night, wondering why that was.

I thought crows –at least in the movies- were lonely creatures, not the type to be in herds, nor in packs.

But Tonight, there they were. Letting a hawk! There and a hawk! There, all in some dysfunctional harmony. I couldn’t help but think of the devil himself, being the orchestrator of this master piece as I stomped my feet in pain.

In a shadow of shame.

The sheet of my cheeks a nesting place for Tears to lay on.

I came across a hotel that was absent of a worker at the front desk. A placard sign with the words “Assistant Manager” stood idle on frozen wood. Brewed coffee lay on the tables waiting for someone to question their meaning, and I fell for it. It was very cold you see, and the place where I had crawled out from wasn’t what I would exactly call a Shelter for the needy. As much of a coffee enthusiast as I am, I poured me a cup and emptied some pumpkin creamer inside it.

The cream floated on top for a while, and found a place at the bottom To rest. Almost reminded me of myself, except the bottom of a foam cup is a place much better Then where I was headed.

I looked at the clock and it said 6 in the morning.

My how times fly.

I waited for a person to address about the coffee that I carelessly “stole” but nobody showed up. Not even stealing would bring the attention of others unto me. I couldn’t help but feel isolated from the world then. More than I ever had in a very long time.

Back to the marching and out in the wind that sheathed ice, the crows in the midst of the black skies sang in dysfunctional harmony again, as if waiting for someone to applaud their show.

I wanted to cry, but I kept placing one foot in front of the other.

Lifted the iron block of laces one at a time until they made their way back home.

As soon as this thought passed, the crows began to fly out into the street.

I witnessed with the sober eye, crows by the hundreds, squawking and crying along with the cold wind above my head.

I ducked for cover as I heard a squish and thump -all in harmony- hit the pavement like bombs over Hiroshima. I guess this is what you get when you forget to applaud a crow’s symphony.

I hid in a nearby garage and watched as the ground began to turn white with a sluggishness of black in the middle.

When I looked outside, I saw that they were all sitting along trees against the side walk. Sitting and hawking like nothing ever happened.

They sat there almost tempting me to come out, daring me.

If you were driving down that very road, I guarantee that you wouldn’t know they were even there. They blended in so well with the night skies that the camo I wore in the military seemed like a sick joke, and there they sat.

I ran back home to their hellish cries.

Back in my room, I was happy to be back home. A warm bed to lay on. A refrigerator with a stomach full of food. A face with a smile that hides a frown behind stained teeth. Eyes that have cried. Blistered feet that has stomped through nights just like this one. Crippling fingers with a pen to write it out.

I chugged a beer when the sun started to rise from the sky. Even when I am miles away from them, I could still hear the crows, and I opened another beer never second guessing where it would take me. I wanted to tell myself drinking again wouldn’t be the answer, but when all you hear is a mob of crows in your head, what really is the sense of morality?

What sense is it to pretend everything is ok, knowing the law was on my ass yet again.

What sense does it make, for me to try and see her when she lives a day travel in flight away from me?

What sense does it make to act so fucking nice all the time when really, there isn’t a single thing nice going on in my life right now?

A hawk here and a hawk there ricocheting against the inner skull, I took another beer. “I wonder what a fucking hawk means anyways” I asked myself, and then grabbed another beer.

I wished my bottom could be like the creamer in the foam cup.

I woke up hours later to a red ball of fire in the sky that glittered small specks of white on the ground. I took a shower to wake me out of a never ending trance and went downstairs to cook. Nari from Japan had written me, telling me how she missed me and I talked to her through a flat screen the rest of the day.

I never mentioned what happened the night before.

The crows, drinking early in the morning, wishing my bottom had a limit like the foam cup.

Just words that were hollowed out of any real meaning behind them.

Carved with a rusty blade. It was just words.

And I was getting used to life like this.

I can even tell you what my schedule will look like.

Tomorrow people will approach me and smile, and I will smile back.

People will ask how my weekend was, and I’ll tell them ‘it was ok’.

Women on campus will rumor with promiscuous lips of how to seduce me again, and that’s alright.

I will be asked to hang out with the guys and I’ll probably decline.

Some girl from school might randomly call me for a good time, and I’ll tell her I’m taken. Regrettably, but with decency owned by another beyond the suns grasp where eyes cannot see.

I will study my ass off day and night, Monday through Friday and pretend I actually did something.

I might get a phone call from Scott, a recruiter for the graduate program on campus, asking if I’m still interested, and I will say sure.

Friday night, I will buy another bottle and a 12 case of beer and tell myself I don’t have a problem.

If I don’t get arrested, I will do the same thing again for Saturday and fuck it, maybe even Sunday.

I will tell my doctor that the medicine is working and that I’m like the sloth that slowly crawls the bark of the trees.

Some people see me as a veteran and thank me for my service.

Some see me as a funny guy that is outspoken and puts smiles on peoples faces.

Some think I’m cute and others think I am talented. And what Nari likes about me, she says it’s my eyes.

My eyes I think.

My eyes that have seen blood and have gotten shot at.

Eyes that saw a tsunami once and lived while thousands had died.

Eyes that had been beaten shut and somehow managed to reopen again.

Death knocked on my door with those crippling and crackling fingers several times, and I have lived. Spared or in some form, dangling like a puppet from the strings, those same fingers moving with me.

I guess I’ll never know why but if I did, my lips would be sealed of my shadows. All you will see is a hollowed smile and on a good day, a lifeless wave.

They say that there are functional alcoholics in the world, but I lost faith in functionality. Like the words that skew from my lips, it is just hollowed out.

Like the atheist and the God, I deny it.

Until the chains are ripped apart and the sound of iron slams against the pavement will normality be restored. And on that day, will these words have meaning and this wave be full like the glutton with solace and tranquility.

Unlike the atheist, I do have faith that this day will come.

I thought the answer would be somewhere out in the world, and so I went.

The ocean blue holding schools of fish in the Japanese sea to the mysterious way the moon shines along the shorelines in Miami.

The mirage of heat in Mexico to the Statue of Liberty in New York.

I thought this was true, but it only led me back to the brink of the edge again.

Alcoholism, how much of a bastard you are, locked behind the cage of my teeth. My lips will never speak of your name yet I must live with you- secret or not- until the grave.

Truly a matrimony from hell itself.

I will tell you this however:

if you find yourself wondering lost in the early hours of the night, when the drunkards are too full to drink another and the thieves have swollen pockets.

When the jezebels have went home and the insomniac has found rest with opened eyes.

When the cop cars stop patrolling and when the candles lit in the windows has died.

and the only thing between the thoughts in your mind and the weeping of the wind are the ambiguous hawks and flapping of fluttery feathers, look to the origin of the sound....

If you can that is.

Squint your eyes and peel open the darkness of the night like a blanket and see them. Don’t be afraid or let your face flush with crimson.

Don’t let the hawking drive you into madness because really, it’s just their way of telling you something, and I would like to share it with you.

Even in the dark and stuffed far in the deepest of closets, when you think the world is asleep and when you feel it is safe to open the doors, just for one minute. No secret is kept hidden forever.