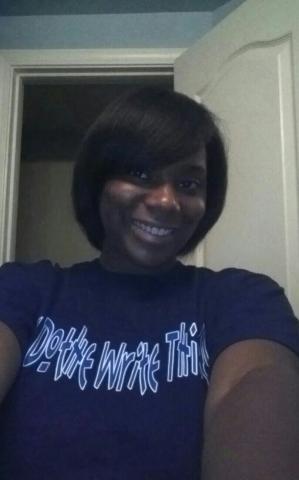 In silence, she contemplated... planned and planned again, in the event that she wasn't successful She didn't know what was in the here-after... but she knew that it couldn't be worse than this... So she bought a single razor, took the time to research the perfect place to cut She wasn't afraid of the pain...or the bleeding she'd been dealing with the blows to the face... his fists masses of selfish, sick control She knew what it was like to bleed... Everytime she would try her hardest--- fighting off his hungry fingers, from pinning down her innocence with his desperate thrusts... The first time he forced her, her sheets ran bloody, her body ached for weeks And no one...ever...noticed Mama overlooked the scratches on her husbands everything Proof that EVERYTHING was wrong... She nit picked at her daughter for the constant bruises covering every limb chalked it up to herbdaughter being too boyish saying: "No man will ever love you if you don't dress better" little did she care to know that her husband was already trying it So where was she to turn??? The big clothes worn in hopes to turn off the monster living in her home hiding in the dark shadows of her bedroom until she closed her eyes...praying... that tonight might be the night that she could be safe But they were of no use...the clothes or the prayers Those eyes only saw what was underneath torn jeans and ripped t-shirts were the birth of this deep depression What was she to do when no one would listen?! when no one seemed to see?! The decision was made... God didn't protect her from this monster in her bed... She heard pastors say just bow her head.. But prayer necer works, she tried to explain Maybe she wasn't doing it right, they all said Well she's been praying for years ever since her first period came...and he decided that it was time that he came throwing her into a mental/physical/emotional prison She felt she had no escape from So she took that sole razor... Prayed that last prayer to the God---she desperately hoped was up there Let the last tears fall Took her last breaths And...slit...her wrists It stung some, but as she lay there wrists dripping out the pain of the last five years if hell Red became her favorite color... It stained this perfectly placed mats... Red trailed the crevices of the tiles, leaving the imprints of where her body was pinned and raped... She dared her mother to cover this up... Intentionally smearing her blood over everything as she grew cold And died

I Am That Girl