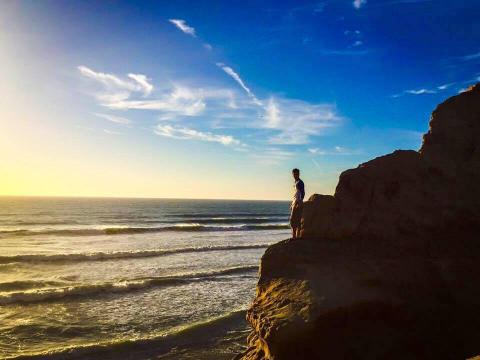 His body was a battlefield

With an unconquerable soul

Made of fire that burned

With the same embers that fueled

The flames in his eyes.

His mind were the attackers

Only achieved an eternal

Suffering as they threw themselves

Into the heat of his weakened optimism;

The one weapon in his arsenal made blunt

By his vulnerabilities and excessive amount of passions

That his mind tried to take advantage of.

He was scarred by the conflict

Yet his wounds only bled light,

And with it, he illuminated

The very words he wrote

As he spoke love to all who needed

A cure from the darkness in their own body.

Poetry Slam:
You, Me, and Poetry Scholarship Slam - CLOSED
This poem is about:
Me
Poetry Terms Demonstrated:
Imagery