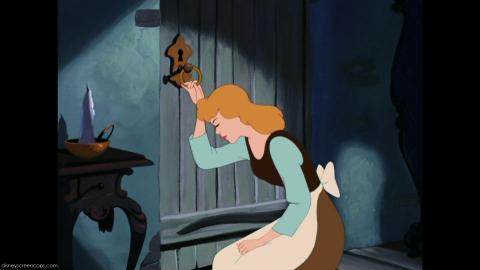 They know me as the girl with the glass slipper

The one who lived as a slave, constantly hearing my evil stepsisters bicker

You don’t need a prince to be a princess

This is a lesson I learned the hard way

When our relationship didn’t go in his favor, he blamed it on me

Suddenly all the stars in my eyes went away

A dream is a wish your heart makes they say

They look at me as if I’m deranged

The doctor's question my every word, “Cinderella, You do know rats don’t make clothes right?”

I know what I saw, Jaq and Gus are my friends

I don’t care if they don’t believe me, my story won’t change

“Cinderella, pumpkins are not vehicles and fairy godmothers don’t exist!”

I will not be silenced, I know I’m not crazy, I must resist

My once beautiful blue ball gown ripped to shreds

Their voices keep echoing and echoing in my head

My mind is suddenly bombarded with the question what if

What if I turned back to pick up my shoe and left?

What if I said no when the prince came to take me that day?

Because I fit the blonde hair, blue eyed beauty norm,  does that mean I’m incapable of going against his decrees or incapable of pursuing my own degree?

They would rather chain a innocent, fearless, independent female down then let her and her intellect roam around

But I see no magic

If only my mom could see me now

All I wanted was a break from reality and pretty dress

As I bid the old me a farewell

Happily ever after does not exist