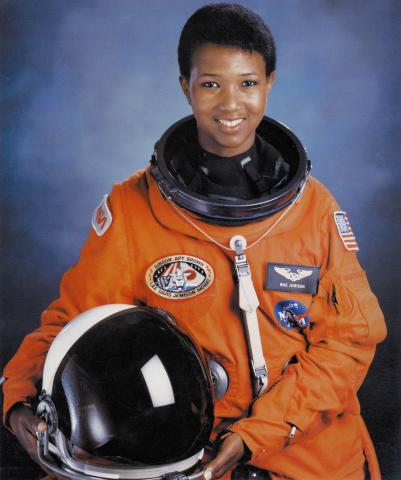 She never knew how much achievement, hard work could bring.

Mae was born in Decatur, Alabama but considers Chicago, Illinois as her hometown.

Due to her ethnicity, she was often cast down.

While growing up, Mae faced racism and discrimination.

She was able to be accomplished through hard work and dedication.

Mae knew from when she was in kindergarten that she wanted to become a scientist.

All throughout her life, Mae would persist.

Mae was always an avid reader.

At a very young age, Mae portrayed characteristics of an influential leader.

Mae loved to read all sorts of books but particularly science fiction.

Reading for Mae became an addiction.

Visits to the library were a constant part of Mae’s childhood.

She stayed until closing time whenever she could.

At age twelve, Mae began to attend high school but she was so afraid.

She often sat late into the night, studying.

Mae graduated high school at sixteen with scholarships to Stanford and MIT.

She wanted to earn two degrees during college, so she chose to attend Stanford University.

Stanford granted Mae with an AB in African and Afro-American Studies and a BS in Chemical Engineering.

When Mae was twenty, she joined Cornell University.

Mae graduated from Cornell with a medical doctorate degree.

The only novel Mae ever wrote was “Find Where the Wind Goes,”

Where she greets all her numerable obstacles as friends, rather than as foes.

It was an autobiography of Mae’s life that displayed her childhood memories.

The book was an anthology of humorous and motivational stories.

Mae was not afraid to mention about racial attitudes of her professors in college.

They treated Mae unfairly despite her widespread knowledge.

Mae was an outspoken feminist,

Who desired to become a successful scientist.

“Life is full of adventures.”

Everyone’s life serves a purpose, and becoming a scientist was hers.

Mae wrote because she wanted young people to be motivated to achieve their dreams.

She wanted them to carry it to extremes.

Mae boarded the Endeavour on September 12, 1992, along with her crew.

From the Kennedy Space Center in Florida, they flew.

Mae was the first woman astronaut of the African-American race.

She can speak Russian, Swahili, Japanese, and English.

For all children to pursue their dreams is her greatest wish.

“Never be limited by other people’s limited imaginations.”

She tries to ensure that all people know that they have a place.

People need to value their ambitions which they should embrace.

As an American, Mae realized she had a right and responsibility.

She was determined to help the country keep its nobility.

Mae was persistent, and if she decided to accomplish something, she was determined to do it.

No matter what obstacle would head her way, Mae would never quit.

In 2004, Mae was inducted into the International Space Hall of Fame.

It still continues to bear her name.

Mae’s motto was “Smile frequently and laugh whenever possible including at yourself because life was fun.”

Now Mae is retired and her astronaut career is done.

Mae still hasn’t given up the fight and continues to help young people realize their ambitions,

Through a science camp called “The Earth We Share” for teens with astronomic visions.

Mae was given the same chances as native-born American men, rarely.

She lived an extraordinary life, despite always being treated unfairly.

Mae shows us that we should always try our best, no matter what we do.

She has proved that with hard work, you can achieve anything that you put your mind to.

This poem is about:
My country
Guide that inspired this poem:
Write a poem about of your favorite character from a book.