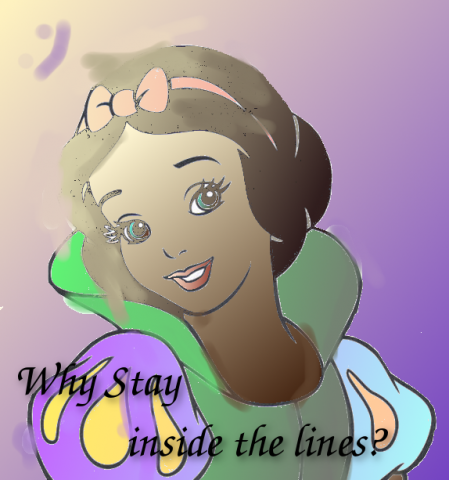 She sings, birds listen, and fly to her hand

The World fights against her, and she smiles still.

This is the Fairy-tale Princess,

(Who could bring herself to kiss such an ugly thing, anyways?)

If she were human, she would feel resentful

And maybe even her helpless so-called friends-

(who mean well but only do so much)

Her skin might be any shade of yellow or brown

And her voice could be deep as a man’s

She could have well-built muscles

Be strong instead of weak.

She could fight the evil dragon herself, if she chose-

And she might not be so easy to put under a spell.

If that Fairy-tale Princess were human

You there, Snow White, yes, you,

With the upturned, narrow eyes

And you, Sleeping Beauty,

And you, you poor, overworked Cinderella

And with a child or two in tow

You are a real Princess.

Poetry Slam:
Once Upon a Poem Scholarship Slam - CLOSED
This poem is about:
Our world
Poetry Terms Demonstrated:
Enjambment