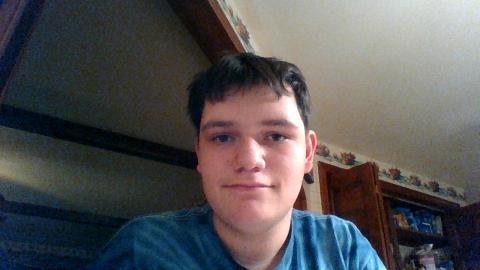 I maintain composure, charisma, and control.

Composure to keep myself upright and strong,

Charisma from years of trial and error, talking and trying to fit in with young and old.

And control, in that in every situation, I keep my focus on both the ball, and the goal.

So, when I'm in a life that constantly throws surprsies at you,

This system, this working living part of myself keeps me strong

So that I can remain in control, and let the emotions flow in private, after.

Lest I be discovered by those who don't know.

And through this, I survive in daily life.

This system to hide the ambiguous side,

This part of me that holds all the anger and frustration.

The most common way this side of me manifests itself is through writing.

A blank page to me made me God, I could create anything, thus I became an artist.

But I decided that, my art would not be lighthearted, contrary to the work of others,

Mine would consist of only darkness.

So, I wrote about murder, insanity, suicide,

All to explore a frustration and an angst burning

Because I was different as I was just learning.

Because tell me, have you ever seen a dead body on your floor,

And realized that death doesn't knock four times, he just waltzes right through the door?

And did you, having seen that dead body on the floor at around five years old, turned away not knowing what you were seeing anymore,

As your father picked him up in his arms and sang him to sleep once more?

Were you born without being able to relate?

A gene that prevented you from being cool or knowing the handshakes,

Never fitting in so that even to this day the separation is still there even if you have friends?

That was all me,

The separation, the death in the family (along with many more), and death not knocking on my door,

None of it metaphors.

Because I know that I am different,

I still see that gap

Between me and what all the other kids have.

Angry, sad, and rebellious I writhe,

Overcome my problems and stronger I rise,

Strong now but never forgetting my past,

That is what constitutes my "inside".

So, that image, that thumbnail, that's what they see every day.

Combine that with my "outside" and that's what they experience every day.

Now combine that with what is inside,

That is him, that is me, Michael Giles.