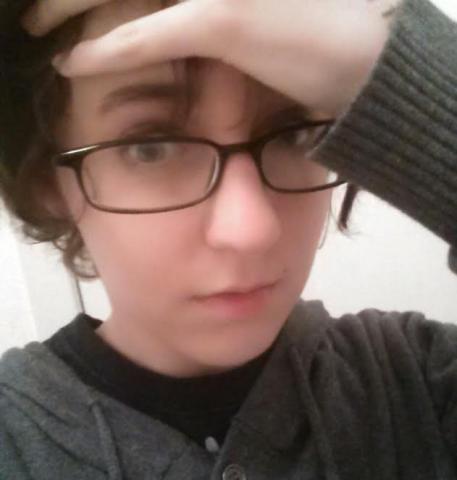 Which do you like more?
Cats or dogs?
Choose just one.

I find myself looking at choice A, and sometimes B, as if it was written specifically about me.

You would describe yourself as the following.
Social or timid?
It's either A or B.

Do you like rock or classical?
Never mind if you listen to country, pop, or rap. Just choose the closest answer!
Classical? Huh. You look like someone who will like rock better. Are you sure?

Just silly quizzes, after all. Not like they always come out correct, even with four or five choices.

Are you expecting a boy or girl?
Paint the room blue if its a boy.
Pink for a girl.

Everyone knows human nature is much more complicated than that.

Playtime, everyone!
You girls can go play with the dollhouse.
Boys, there are some video games in the other room.

If those personality quizzes wanted to go in-depth, they would run out of room by adding all the complicated answer choices possible.

What do you want to do in the future?
Model? Princess? House wife?
How about the boys? CEO? Marine biologist? President?

Certainly people can be both shy around strangers and social around people they know.

Little Jimmy and Sidney were in a fight.
Of course Sidney is upset and crying, she's a girl. Boys will be boys.
Man up, Jimmy. Boys don't cry. Sidney was being bossy, after all.

And how about those awful gender-specific quizzes? Obviously we aren't either all the way masculine or feminine.

Cheer up, Samantha!
Just because Tony rejected your invite to the dance doesn't mean you should give up on hope.
Maybe if you dressed more girly and talked less about comics, he would like you.

Some ladies get the best of both worlds, and it's no shame if guys enjoy having traits of both.

Why haven't you gotten a girlfriend yet, Justin?
At your age, your older brother had a new one every week.
What's wrong? Just go talk to one!

It's even worse when someone is looking over your shoulder, pointing, and yelling "No, choice B describes you more. Don't lie!"

Amy, that's ridiculous. It's your first prom.
How about you pick out a dress?
You will certainly be picked on for wearing a suit.

"Mom, I'm asexual. I don't like boys or girls."
"Then what do you like?
You have to be attracted to someone, right?"

The choice, about me, was for them to decide.

But Josh. You are a boy.
Not a girl. Stop saying you are.
God doesn't make mistakes.

Which is absurd, because who knows me better than I do?

Kensi has never had sex, and refused to do it with her boyfriend. What a prude.
Amber has been with Luke, Alex, and Brandon within the past two years. What a slut.
Brandon hooked up with Amber last week and seems to have Katie's attention. Get it, man!

I don't let it bother me. It's better to push them off, close the magazine or website, and move on. The quizzes are stupid, remember? It's not they're serious and every part of my life is made like these questions with two answer choices, and one has been chosen for me by someone who couldn't care less about who I truly am?

Poetry Slam:
#NoFilter Scholarship Slam - CLOSED
This poem is about:
Me
Our world