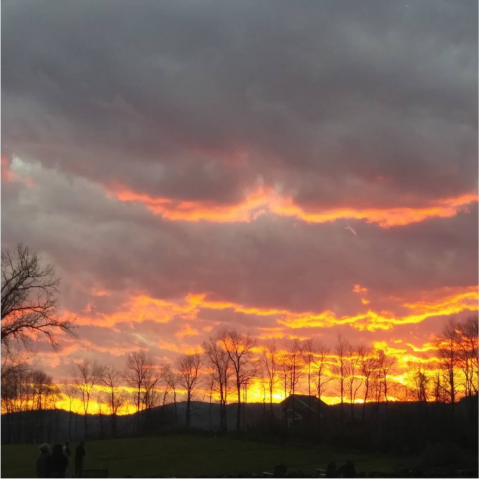 when the sky shed tears

as a tidal wave of colored blood

swept the streets that were run by

Someday I'll say, I remember when,

the man who took the reins of a golden chariot

that was cloaked in transparent sin

ran it through a divided river

that bled red, black and blue

and forgot the ones who made up the wheels

and got stuck as the waves came crashing.

Someday I'll say, I am only one person,

but I was still a drop in that wave

that brought change to the slaves of an age

that struggled to find love in a world full of hate.

And on that day, I will tell my children,

that I brought love to a river of blood,

poured a drop and watched it evaporate

as it touched the colors of a forgotten past,

but saw it rise into the sky

where freedom could out last

the humans that tore it apart, because they couldn't fly.

Poetry Slam:
America the Great?! Scholarship Slam - CLOSED
This poem is about:
My community
My country
Our world
Poetry Terms Demonstrated:
Allusion