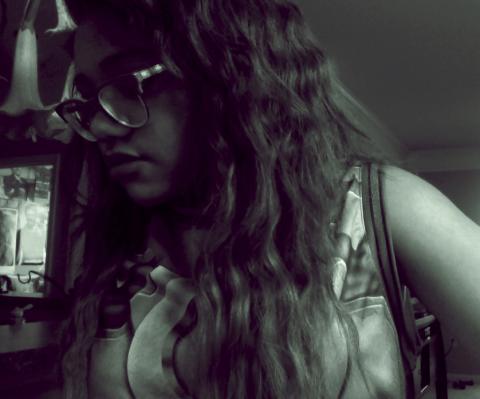 She is a girl who puts her family and dearest friends first.

A girl who doesn't mind a few critical comments.

She is a girl with armor as strong as the Vikings.

A girl who can withstand stones being thrown.

But behind those brown eyes, is a girl frightened of the

world she lives in.

A brown girl terrified by this white world.

She's scared to be herself because her world is surrounded

by people who tells her it's wrong.

She turns on the television to escape reality

only to become insecure once again

because the people she looks up to are frowned upon.

But behind those brown eyes is a girl

Belong in a world where she is beautiful,

Behind those brown eyes is she who is me.