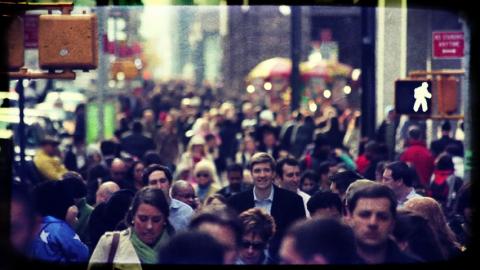 All around are people, too

Care about anything except the moment they are in, too

Distracted to notice that they are not the only ones that

Exist. They do not have the time to see the world

For what it is. A

Home for beings that are

Indifferent to their surroundings. We no longer see living as a

Journey, but as a chore;

Kindred spirits are no

Longer closely kept, but distant as they wave each other off apathetically.

One is at all bothered by the disconnect of multiple cultures that were once one.

Praise is no more important than criticism and there are no

Qualms about insulting your neighbors. The

Real problem is with humanity itself, and despite our attempts at connecting with each other we all

Suffer in silence because as hard as we

Understand what it means to love someone as a human being, though that is what we all are.

Vacuous creatures roam the Earth but

We do not realize that those creatures are us. We are

Xenial, but uncaring for why do we bother with others when we have so much to do for ourselves? We

Yearn to be free of our captivity as a species, confined by laws and unspoken rules instead of instinct.

Zabernism will take over until the world is consumed by flames of hate and extinguished by the waters of love.

This poem is about:
My community
My country
Our world
Poetry Terms Demonstrated:
Verisimilitude

I was thinking about big cities and how people just pass by each other without thinking about others. We never really think about the fact that we're all human, so I wrote this poem, alphabet style, about our seemingly meaningless existence.