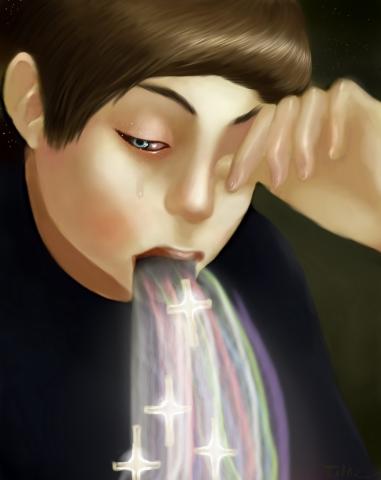 Different but similar, in distinct scenes

Interpretations of that which is “eternal”

Some of the bounded in settings infernal,

In the beginning, man created ideas

In Africa, they bring wealth, but leer

To the East there was need of structure

More than air to capture

You live and keep living in Samsara, after all —

To impose who to be; human courage withdraws

Is such tradition fair?

Pick and choose, a path or school, it’s up to you

Of good and evil, east of there, a new heritage

Focus on nature— your deities are no longer

Find balance, but forget not, to live is to suffer;

Not subjected to the gods above, rather

Your duty to attain what can’t be reached

Not a stain, to arrive in Nirvana, they teach

Moses on Sinai, receive morals— the most holy

It has withstood too much to be broken —

Overtaken by Babylonians,  to Greek occupation

Unscathed—besides Rashi and other reformations

Something off? Sacred tradition took another path

Leaders: use fear to keep congregation in line

The written miracles, recorded  in scripture

Tell the story of a life, paint a proper picture

But now, not word for word. Change how it is

To new phophets and what they believe

The word is now the message of a sect

No more worth to breves

So the question “what is the role of religion”

Provokes naturally “what is a single thought,

To a single human being?” Is what I’m taught

Infectious in essence, transfer to one another

Something in common, hope for a brother

That an idea claimed a portion of geography

Are daily lives tainted by philosophy —

When one has beliefs, that’s all that exists

They are not to consider the basic nature of it

That leads to discovery, of strange implicits

All should receive respect—not one critic

Some are tainted by myths, unknowingly

Teacher expand on it your way, a travesty

This poem is about:
Our world
Poetry Terms Demonstrated:
Juxtaposition