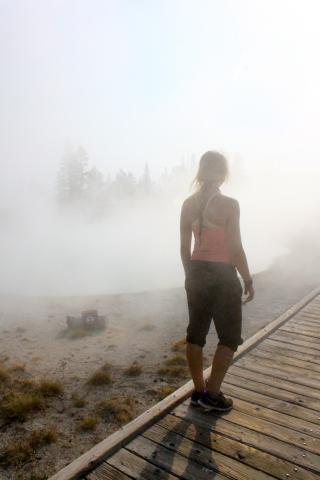 He was unlike any other man I’ve met.

When I did speak to him,

he began to unclothe my spoken thought

and in its nakedness he probed.

Engulfed in humility I submitted to his voice

He spoke of this world

with a wisdom that even the laws

on which all objects obey

Their deformity so appalling

I failed to recognize what once was

only to believe it to be another.

Yet he states that the deformity

is the true reality unveiling its mask.

He constantly reminds me

not to be mistaken or fooled,

this tortured victim is not the face of ugliness

but is a being of purity and truth.

Though I know not of this realm

which he has come to call the true reality,

I understand that our ideas of this world

stem from that very source

but through us filtered until its lost

due to our own internal editor.

He tells me we live in a thick fog

which clogs the pores of our mind

and deludes our vision.

To escape is a secret few know

Only when a silence passes between us

do I take the chance to question.

How can he claim to know such truth?

How can he argue that my reality is falsely perceived?

Yet a thought interfered amid my confrontation

that snapped me into a state of reflection.

I realized he had not once laid claim

to know the truth about anything

and not once when I was growing up

has he ever told me I was wrong.

He only dared me to see the truth buried

beneath the falsity of that which we’ve grown to believe.

A truth he himself struggles to understand

but wishes that perhaps I will.

I see now the purpose of his words.

Not to silence my curiosity with answers

but instead he has given me a premise

on which to build my life.

The blueprint of a world constructed with questions,

with walls made of the purest wisdom,

and built only by those whose hands are absent of ignorance.