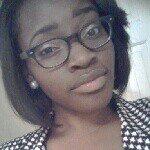 Wondering about that opening

The opening that was said to come, when I reached the end

The end that I anxiously waited to begin.

It began when you were young

To join it with that man, that forced you to be a WOMAN

Woman enough to leave that house you called your home,

Home was where you belong, but with the differences between you and ya mama

Mama didn't want you to stay there long.

Leaving so soon, definitely made you act out

Out of your character , just cuz you was out that house.

Your energy , gone, none left to fight

All this stuff you doing now can't be right

Runnin' the streets all through the night

Remembering that hand that held you so tight

No place to stay, so no sleep tonight.

No one to guide you, now you lost in this cold world.

The world he promised you, only if you laid on your back,

Back when you were just his little Princess

Some Princess you are now , living in this dungeon.

If only you could see the light,

The light that comes when this darkness has passed

Passed, is what the days did while you were all alone

Alone until you met that MAN who would save you

Save you from all your pain and sorrow

Sorrow you never felt, cuz all he could do was make you smile.

Now you're living good, with no worries.

Its only been a couple of month, and your past was getting blurry.

That dump where that man stayed, that gave you this baby bump.

A curse without the blessing,

Your plan was to get rid of it with no stressing

To break free from all of your past, there was no second guessing.

I guess you didn't realize this was your beginning.

A beginning you reached when you thought it was the end

The end of your days fighting that hand

The hand you once called father, now that unfamiliar man.

A toll this has weighed on me,

I'm spending my last days, waiting to be set free

No more darkness, cuz now WE can see the light

I thank you for this poem.. cuz it definitely gave me LIFE