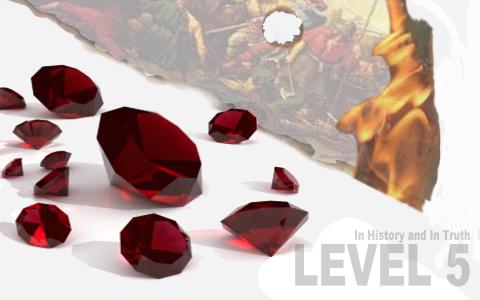 History is the past reflecting to the present, past memories recorded.Sometimes it’s regarded as credible and other occasions, farfetched ideas made up distorting it; the Truth.

What’s truth now days?A lot of people label themselves as being the “Truth” only found to be a liar, a mere soul with flaws and imperfect qualifications.

It’s like someone determined a truth ranking system nobody can even see. The higher up a person is the T curves into a P.

Level 1 says You Made it!

Level 2 is the people’s acceptations.

They like you enough to reach level 3. “You’re name is become household and well known.”

Level 4 involves more publicity, spot lights, televisions, recorders, tabloids, maybe a face on a magazine at the cost—everything is shown.

Level 5 somehow labels the individual as the truth. It hides the part of life that always consisted of lies, crime, hatred and back bitts that is never tries to be shown or told.

Life on Level 5 is no longer life. It’s absolutely perfect pleasure. Things are easy on level 5!

While the minorities are struggling trying to survive, Mister and Misses Great Time are partying it up in the suit on Level 5.

“Is the good life better than the life I live?When I thought that I was gonna go crazy?!”

Have Level 5 ever known what it’s like to not know the assurance of another day? What it’s like to rely on the government to put funds on an EBT so a family of 7 for another month can eat? What about the lack of shoes, clothes and necessities to survive, and yet trying to make things on each end stretch to the end of the month, meet? What about their House now owned by the bank, no funds in there either, and yet somehow still trying to make it? Have those on Level 5 know what it is like to be denied what matters most, to have their dreams individually shattered in front of them and having to find a reason from the situation to cope? Or does Level 5 life, forgets about their past life?

The sense of imperfection set its gaze upon itself and covering up the flaws and considering itself perfection.

The Level 5 life encourages the jealous to stay jealous and the haters to continue to hate. All that really matters is what those on Level 5 do, done, did and say. "Place them in seats! Make them heads of the state! Teach them to use Modern Philosophy to authenticate--their knowledge and common sense as common trends, #HASHTAG the real reason to understand."

Level 5 determines the acceptance on the standard of life.

When does the perception of success get distorted in history? Was it after Alexander the Great wasn’t a man of greatness looking at it from the perception, he slew a heck of a lot of humanity; all for his personal gain?

Lecrae said it in this way, “all I wanted was doomed, and the same kind Alexander the Great felt when the earth ran out of room. He conquered all he could but yet he still was consumed by this never-ending quest for glory he couldn't fuel.”

Glory, the fuel for Hitler’s plan for world conquer. He killed of his own people to empower a nation to worship him. At the end he found curtains; curtains he closed himself when he realize, his head was the price to pay. Years of dominations because of selfish ambitions soon leads to an end, past knowledge can’t even describe where the Perfect solutions and results benefited a community when it finished. Only Once!!!

Let the community benefit from others help, only when it’s in the time of need. Picture a dark board room full of suits and ties coming up for a name to describe ‘a give back’, “Let’s call it charity!”

Don’t get me wrong for it when it’s done for the right motives, not to benefit other’s prideful motives. Have you ever noticed, it’s not an issue when an individual helps out the homeless, it doesn’t get noticed, but let someone from Level 5 do it, “document it on a magazine, put it on the news, let the whole world know about it! Let it be seen! Get the world talking about it, well America, set this person on a pedestal of glamour and gleam.”

What is True History? Last time I checked, it was life that was full of pain, pleasures and the revealed unknowns, the unexpected, and the things out of control. It’s full of memories, both good and bad. True history, true history—is and will be the history that never passes--away.

And the important thing is truth isn’t what humanity makes it. Humans didn’t create it. We are not capable of handling it when we face it. We find other reasons to avoid it, put it off on another appointed time, lie about it and yet still have to face it.

Truth is on a different dimension of time only one, ONLY ONE-- stopped time in its tracks, aligned it to the opportune and perfect time, placed at a certain position, entered into it to define it.

The qualifications and representatives of Level 5 can never it possible to do this. The Truth is we are Level 5: modern humanity, and eventually who will end.

History is only the past reflecting to the present, now present and past memories recorded and encrypted. Sometimes—just sometimes it’s regarded as credible no matter the occasions, and situations. It is more than farfetched ideas that are made up, it can’t be distorted.

This is the absolute, unchanging Truth!

history deals wth truth, truth that actually occurs where no one can deny it