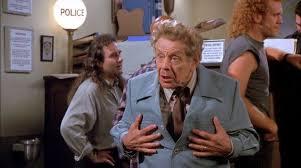 Jerry Stiller has died at the age of 92, he lived to a ripe old age.
He starred in movies, television shows and also on stage.
Jerry starred in both "Seinfeld" and "The King of Queens".
He also starred in "My 5 Wives", "Hairspray" and "Sweet 15".

In 2012, he provided the voice of General X in "Foodfight!".
He guest-starred in "Rhoda" and "In The Heat of The Night".
He also guest-starred on "The Love Boat" and "Archie Bunker's Place".
Jerry was a talented actor and he was also a credit to the Human Race.