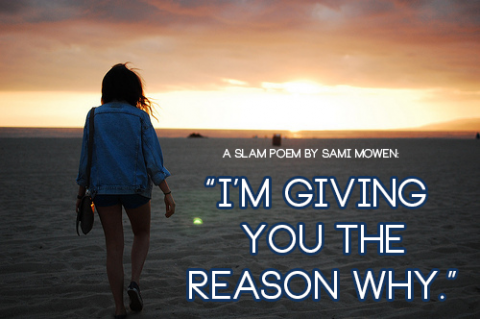 We have come so far from the methods of the past,

(or so we choose to believe).

I was too fat, too weird, too quiet to be associated with.

I remember growing up feeling alone and desperate and even though I felt happy at home I wasn’t safe at a place they called school,  where their moto is, “We give our best to educate and keep your children safe.”

But what do you do when home starts to fall apart too? And you still have no support at school?

What did I do when I was 4 years old staring at a fight between my mom and dad, crying because they wouldn’t stop and the screams turned into violence. And the objects flew, and the fists smashed and the glass crashed.

And when I was 6 when their divorce becomes final and my sister and I got to live with my mom, but only see my dad everyother weekend. And the cop lights would always glare and pull up to our houses because between the two of them they hated each other and they put their children in between their problems.

And what did I do when I started feeling lost and sad and drowning myself in a life full of suicidal thoughts and black entities swarming my emotions. What do you say to a 10 year old who wanted to die because there was no real help waiting around the corner so she drowned in whatever possible trouble she could find.

What do you say to an 11 year old who smoked their first cigarette and got drunk for the first time at 13 years old, wasted off my ass that I could barely move the next day to go to school.

And when I was 14 years old, crying in the bathroom alone because I finally admitted to myself that I was bisexual, but to you all it was a sin, and so apparently I was a sin and I deserved to go to hell for being myself.

And when I was 15 years old I smoked weed for the first time and started going to parties and unlike any other teenager, it wasn’t for fun. I just wanted to get away.

And the craziest thing was that somehow no one knew. I was an Honors Class, Straight A Student, who everyone saw as the goody two shoes.

But what was I suppose to do when the criteria and necessity to feel perfect finally pushed me over the limit? I went to the hospital because at 17 years old I had my first panic attack because it felt like a heart attack and my walls started caving in and I realized that I finally didn’t want to live anymore.

They told me I was stressed, they shouted out my problems and handed me some medication saying:

“You have Major Depressive Disorder…. Here take this.”

“You have Panic Disorder…. Here take this.”

And what do you do when you tell me to stay strong because I am worth it, yet I remember you telling me growing up that Im NOT enough.

But you know what I’ve HAD enough.

What did I do? I took a stance.

I changed my world.  I changed the direction I was going because I realized I had myself to rely on and I found people who cared and I started to feel like I was alive again.

So I breathed. The air finally felt fresh to me and I finally felt like I mattered and I would be lieing if I didn’t say recovery will be difficult but I’ll be damned if I don’t try.

I'm giving you the reason why, you matter too.