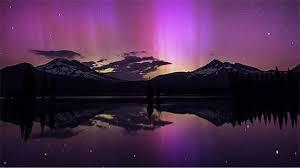 In the beginning, I had no idea who you were

You were a mystery that I didn't know existed.

Your spell on me began to grow ever more

And I know I could not resist it.

In the beginning, you were a sweet little thing

A sweet little thing and I wanted more and more.

But now I believe that I was not thinking

And you began to ignore.

The way you would smile and gaze at me

Would leave my eyes starry and I'd gasp, breathless.

But now I think your thoughts were hungry

And your eyes were just an illusion, a fake test.

In the beginning, I fell for  your flattery

And your unmistakeable charm.

But now I know that was just predatory

And would do nothing but cause harm.

In the beginning, I loved your mindset and thinking

And believed you loved me too, or so I thought

But now I realize that you were just wringing

My fragile, naive little heart of the very last drop.

In the beginning, you were a mystery

And now I see that you exist.

You did nothing but deceive me

I fell for every one of your tricks.

This poem is about:
Our world
Guide that inspired this poem:
5 Tips for Writing About (Unhealthy) Relationships
Poetry Terms Demonstrated:
Rhyme Scheme

Thank you! And I will try to write more

You're very welcome. I really enjoyed the expression. I look forward to reading it in the future.

Very inspiring poem. Relationships are difficult and often misunderstood by innocent hearts. I like how you incorporated that message in the poem. Thumbs up to you :)

76 reads for this poem