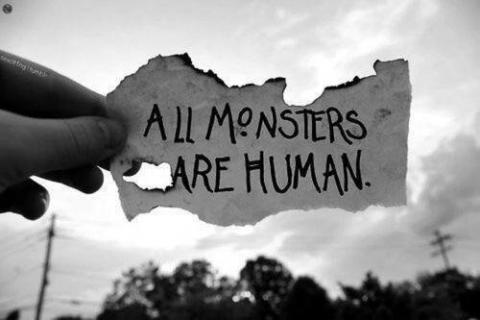 A society full of judgment and character assasination, I'm just another victim.

Or maybe I've already been a victim and not know it.

Either way, my fate been sealed and forged in Hell.

Doesn't have a religion affilation.

And not the most attractive.

And no to mention, bisexual.

But the world doesn't see Joshua, they see a monster.

People are supposed to be straight.

An sexuality other than that is gross and disgusting.

You'll go to Hell for not being an Christain.

You must lose weight, so you can be attractive.

But why can't personality, alone, be attractive?

Nobody is model material but that doesn't mean you aren't beautiful.

Beautiful doesn't neccesarily have to be physical.

Only some of us are just lucky to be beautiful in both catergories; physical and personality.

I don't care if you're straight or gay, rich or poor, white or black.

The only thing that matters should be your character.

Or what left of it that is.

Our society only destroy people until their nothing left to destroy.

Pieces of ourselves. Fragile pieces. Pieces that we treasure the most.

Before I die, I would like to see change.

A world free of judgmental and execution.

I'm quite sure there would be more happiness and less suicide if the world was a better place.

However, their cannot be a rainbow without rain.