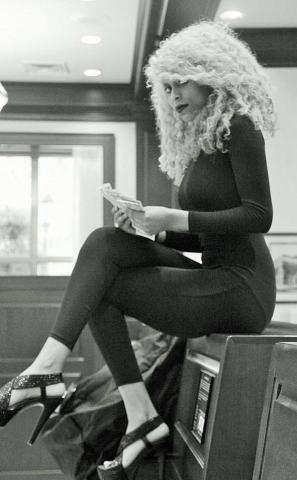 My guardian angels, standing there still pissed off

If there is a God where is she

My son looking at his mama lying face down on the t.v

I said If there is a God where is she

Now chalk and cocaine are outlining my dead body

Hard to believe all these white bricks, are hidden by my mans car tint

When s+6he wrote history, my man gripping his other car keys

The crowd watching the whole scene unravel and spitting my greatest hits ..

Back home my son asking the babysitter where his mommy is

If there is a God where is she

My son looking at his mama lying face down on the t.v

I said If there is a God where is she

They just played my music video, now the host are saying they will always remember me

This must have been how Pac and Biggie felt

My mama laying fetal position upon the bloody cold pavement

Cause he shot me-

But one of my angels just gave me someone else’s lifeline, I got a few more seconds

So I lift up my head, grab the gun to my left, you can still see the holes in my chest

I shot him dead, then I died….

But I was dope

Cocaine that is, now this is a lesson for all those who think they found their forever

My moms shouting get the reverend, heaven just gained another legend and (I’m out)

But wait…Now they are having my funeral

I’m going all out like G, with Deebo’s all over the perimeter

It’s a beautiful Friday, my whole team got 9’s in one hand and 40’s in the other

My mom standing like the thug she always was in all black, shades on, and a glock in her purse

My son grew up to quick after I died, he sitting through the procession not shedding any tears

The reverend finishes with amen and kingdom come, king here I come to my final home

…sure I’ll still sin in heaven but God already knows

My brother freshly tatted with my name, leans on the herse