See her here, the perfect daughter

She works, she learns, she obeys her father

Her mother was the top of her class

A standard that the girl will never pass

The image that she shows anyways is not true

But in reality, everyone should worry about her too.

Since seventh grade, the gleam in her eyes faded.

Her friend introduced her to a guy who lacked hatred

Their love was strong, and perfect, and great.

Until the girl found that he was just a fake.

He was imagination at its best,

And her friend never gave it a rest.

The figure of the boy haunts her dreams

And made her realize nothing is as it seems.

She slit her wrists and cried during the night.

She figured out life wasn’t worth the fight.

At that young age, she wrote a note

She wasn’t that sly at that point in time

And she was discovered, placed back in line.

She spoke with therapists as society wanted

But found they laughed from how her story started.

Who would be foolish to believe in such love?

A girl who desperately seeks affection, praying to god above.

From that moment, she looked for no one

Her heart was frozen, and nobody had it won

For years, her self-hatred continued,

Until freshman year of high school was it renewed.

She met a friend, a furry four legged boy,

That is when she realized, her destined dream

Her goal was to help, all four legged beasts,

Because they are the best thing that has ever happened to me.

No there are no friends, or parties, or dances

But I work, and I work, in order to advance

My canine is my world, and this may be sad to you

But to me, he is the one who has given me love so true 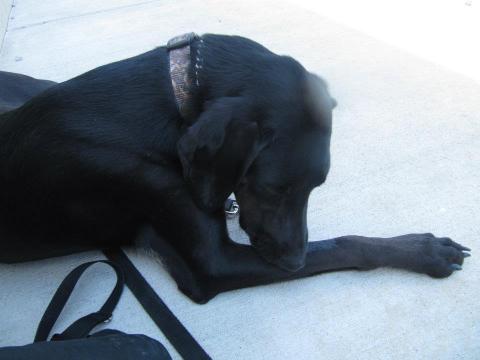