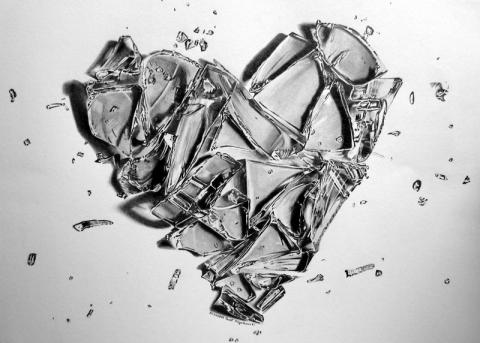 As this day became the most worst of all

just to realist that it's not

the truth reads his face "breakup"

I tried to understand the reason for his answers

but it only stopped me to think harder

only to speed up and run me over

the emotions palled on as more words came out his mouth

through the deception of his ego which didn't seem to

notice me melt in between his hands

ask I reached for a miracle which didn't exist

only shows how I left to dry up

which he admitted to

that only showed the heartbreak that was contagious of REAL LOVE

Sometimes you gotta stop holding on to something that already let you go .In order to find something better . Hope you enjoy my poem. Comment if you like my poem and share how you over came a break up? Thanks you

always take something that you can learn and build yourself up

continue to write and use your creative mind

Thank you so much. I definitely learned something about that break up that I deserve better and I got better. Thank you for the. Support

it's a chance to connect with poets

what do you say?

OMG you don't know how honor I am. For you to even asked me. OF course I really want to get my poetry out into the world. I'm so excited and grateful!!! Thank u for this opportunity..

then let's brainstorm ideas to collaboratively write about

imanidnjohnson13@gmail.com is mine sorry for the wait. I'm excited!!!

I've done things in life but everyone makes mistakes and its what helps define people and make them. I've been through some tuff relationship but I never try to give up on them, but sometimes your hurting yourself in the relationship by trying to contuine it; maybe cayuse your the only one trying to make it work. I wrote a poem about a relationship that you thought was good and then one about a child's first love. Check these two out and not me know what you think, Im pretty sure I wrote more like these but that the only ones I could think of at the moment.