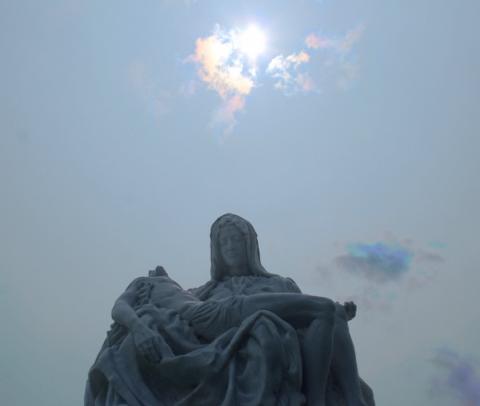 the people paused, mulling over history's words,
then asked, "and what is the sun? does it die at night
when our cities collapse and our people smother it
with their own versions of history? or does it
sleep soundly under the blanket of fate, knowing
that 'though we may forget dawn, nothing will spare us
from being blinded by it's light?" they thought for a moment,
then spoke again – "if the night is only temporary – what, then, of the sun?"

the sun is a poet,
his words seeping into the ink of great Epics, into the tongues of nine Muses,
into the lungs of scholars as they drown themselves in stars and philosophy,
the sun is a poet.

"and what, now," asked the people, as they forgot and collapsed, "is the sun?"