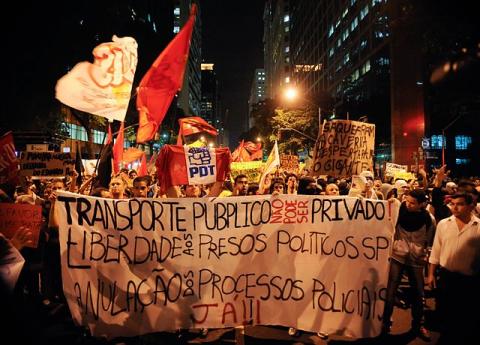 Outside of the country, that is all that is seen

But, I flew, to the other side of the world

For 9 months, an unexpected land unfurled

Where I expected forrests, there grew cities

Uncertanty hid on the edges of expected smiles

Homlessness lived on every street

The lower class was hidden behind inpenetrable government palaces

Brazil, is a happy place, to be sure

But there are massive problems too

all of which are hidden behind a charming allure

What are a people to do?

All it takes is a little will...

A government showing off pretend wealth

And they'll finally summit the hill

Their country is no longer still

And with their revolution, I am proud to say-

I lived in Brazil