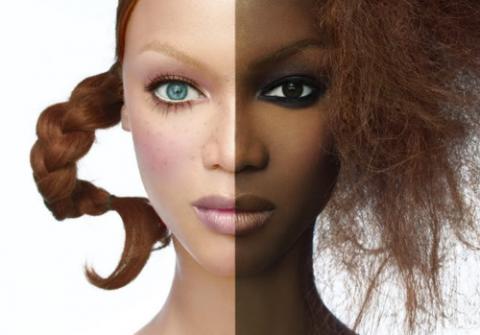 How do I lighten my skin?

with each result comes

the deterioration of my self worth

I draw a glaring red line

intentionally escalating the continuationof a generation

that is responsible for every piece of broken glass

crumbling beneath the feet of humanity

because we cannot stand a reflection

which displays the failure

of our willful efforts in attempting to erase

How do I become successful?

When success is nothing about empathy

and all about the non existence of pigment

How can I exist?

In a sphere where I am synonymous to vitriolic

but the agony of my screams

is a heavenly sound

to those deemed angelic

How do I love myself?

but I still wouldn't have believed a single damn thing

As the entity of hatred begins to deteriorate

I begin accrediting the expanse of a blackened atmosphere

with lyrics designated to beauty

each curve of a finger

three by four by five

until I coerce myself to open my eyes

extracted from my ethereal anti reality

living now in the dimension where I can recall only

the most beautiful of nights

having never been with the absence of ivory stars

The familiarity of a blinking cursor and harsh gleam of an LED as type: How do I lighten my skin?

colorism 2014 to be heard beauty