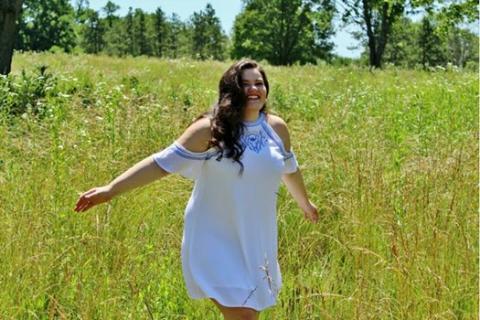 Being depressed as a kid is well, strange. Because you never can see a future. Instead you see the present, and everything that it holds. It holds promise and love and a future for everyone else, but not quite for you. Instead you are blinded by sadness and despair that envelops you like an old friend. Holding on so tight that it feels like you can't breathe, but part of you doesn't want the grip to falter. Part of you wants to be held in the grasp tighter and harder because that's the one thing that hasn't left you yet. You grow up thinking that one day when you leave the house it will just turn off or one day you will be brave enough to end it so you never have to plan for a future. And it’s sad to realize that you spent your years growing up surviving instead of living.

But out of nowhere you're 18 and an adult but you never meant to make it this far. And sure it's awesome that you're an adult and that you made it this far but you didn't plan for this. You didn't plan to be an adult. So you sit there lost in a world that is crazy and new and lonely. But also lost in a world that you never expected to be a part of. So you walk in the grass and you smell the roses because the world is slightly dusted and seems tragically serene. And You take a midnight car ride with mist painting your windshield and The Smiths gracing your ears because that’s the closest thing to home that you can find. You dye your hair an obscene color because nothing else seems to make sense. You party a lot and do what normal 18 year olds are supposed to do because that’s the only thing that makes you feel normal. Your life is like a drunk driver trying to walk a straight line and everything seems to collapse around you.

But then you’re 26 and lying in a grassy field taking deep breaths of fresh air watching a sunset. You look up and the white fluffy clouds are casually drifting by and there is no rush. There is no rush there. There is no pain. Instead everything seems to make sense. And you never planned for this escape but it happened. And the pain that you were feeling has subsided and it no longer has a death grip on you. And you are no longer a prisoner of your own mind. Your heart no longer feels encaged in your ribs and you no longer feel like digging yourself out of your own body. Your knees no longer give out because you are no longer tired of existing. And You no longer mind taking up space because God gave you a temple that is meant to be big.

And you don’t understand why you didn’t plan for a future. Because now... you want a white samoyed dog with blue eyes and a quaint little house in Scotland with a job that makes you happy and people around you that make you happier.

Poetry Slam:
You, Me, and Poetry Scholarship Slam - CLOSED
This poem is about:
Me
Poetry Terms Demonstrated:
Imagery