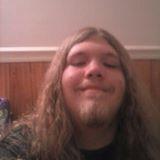 Flawless
By- Cody Pollock
Flawless became my notion for future success.
While I was still growing out and fighting through the snowdrop crab madness.
In the pitiful predicament I had been placed, killed, dressed, and undressed.
Losing every bit of my mental consciousness, then I began having astral projections as well as Deja vu.
Finally stepping up to address everything I really needed to do.
Future experiences that were seen as dreams, giving me warnings and such.
Premonitions of high school while only still in elementary means an incredible clutch on a realistic touch for success of those dreams.
Later life I found my soul was old thanks to my ancestor's helping hands.
Memories brought forth from when I was younger are what helped me connect strands.
Somewhat flawless but not perfect, humans are equally and individually all beasts.
Simply accepting, is how I've made real peace.
All flawed, but realization is how we evolve beyond this world's stereotypical beast.
Seek help from ancestry, if you hear them calling, Hurry! Now! Answer!
Or the rest of your life will be an infinite loophole of utter tragedy.
Poetry Slam:
Flawless Scholarship Slam - CLOSED
Poetry Terms Demonstrated:
Imagery