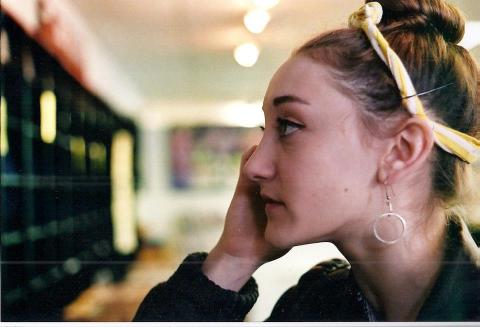 Your body was not meant to be a battlefield

nor your vertebrates land mines

war does not belong on your fingernails

but the spaces between them echo with fire

of guns aimed at something deeper than flesh.

a word you didn't know until they taught it to you

taught you to use it against yourself

you, whose insides don't match your outsides

you are two different people

so they whip out double the artillery

locked and loaded, their ammunition: fear

fear of your personal brand of terrorism

fear of the weapons of mass destruction

you threatened to ignite when you looked at your birth certificate

and said nope. Not quite.

Fear of the vast expanse of gender gray

that your armies marched across

plotting to make targets out of this countries

But this is not a poem about sexuality

this is a poem about personality

reaches to the rainbows we pray to and back

so why should the one between your legs

You told me you didn't feel like you belonged

and I thought you meant with others

and I assured you that you did

but I realized a little while later

that you meant with yourself

and when I looked in your eyes

they were fill to the brim

with tears for everyone you'd disappointed

and the little piece of yourself you'd lost along the way

your tears couldn't put out the fires

of disgust we found burning along your path

it didn't matter who set them

you were scorched all the same.

You told me once

to put all my clothes on backwards

and switch my right and left shoe

then try to walk around for a while.

Then you told me to do the same thing with my heart.

I don't want your bones to be soldiers

I don't want them shot down one by one

until you collapse at my feet

but I feel you crumbling when you say to me: