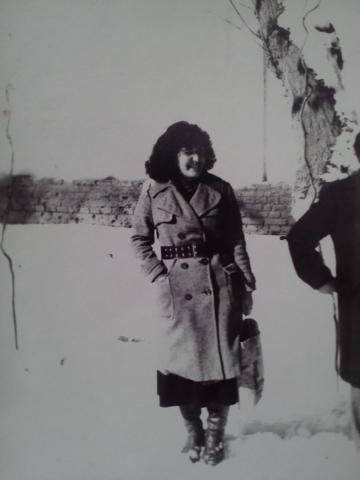 I look up and see,

Eyes peering down at me,

A helping hand at the age of five,

The silver coin measured with a relative greatness,

The fearless exploration through the passing crowd.

I return to faces of exhaust, temporarily greeting me

without a hint of logically placed concern.

I vaguely process the silhouette on the left straining

to defeat the erratically expanding water.

Her figure looked so fragile to me, high above her.

The form underneath me treads against the current.

The piggyback ride meant more than it meant.

I clutched to his neck to resist the pull,

Glancing back to mutated memories and thinking

how their disappearance is cruel.

The cries of human kindness penetrate the air,

And as I climb the unknown roof,

I bid farewell to the snow and the sea,

The neighbor who will no longer wait for me.

A new language, a new culture, a new present, a new life.

It was merely a new adventure.

The logic and empathy enabling my persona to be formed by me,

What raw bliss expressed unapologetically by a kinship of

Dubbed a wunderkind in my youth,

This effortless condition is doing more harm than good.

Returning to the contemporary era of now,

I find myself preparing my psyche for the unpredictable.

Responsibility has never been more suffocating,

And I remain imprisoned within the columns of obligation.

The evidence of evening anguish is veiled,

The captivating potential of success soothes my placid hysteria,

A wave of triumphant anticipation descends over me,

And I re-enter the tournament of existence.

Poetry Slam:
I Am... Scholarship Slam - CLOSED
This poem is about:
Me
My family
My community
Poetry Terms Demonstrated:
Imagery