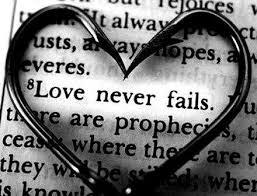 I am a very religious heterosexual female. I am currently dating a guy, going on a year now. We are very happy together and we've even discussed marriage way down the road. In fact, that got me thinking, "How do homosexual people dicuss marriage if it is not legally available to them?" It kind of broke my heart to think they don't have the "right" to marry, when they love their partner as much as any straight person would, looking to get married. So I thought, and I thought. Here are three main points of my perspective.

“The effort to deny equality to members of society on shifting religious grounds and                           nonexistent practical ones is a war on decency as well as on conservative sense” (Murray).

To base a life altering decision, which affects the nation, solely on religious premises is unconstitutional wherein those grounds are not believed by all people of the nation. Believers would be shown favoritism from the judicial system and the rights of liberty and equality would be stripped from homosexuals looking to marry.

Our country was founded on the basis of religious freedom because those who founded it were seeking a safe haven from religious prosecution in Europe. The nation’s founders knew that there must be a separation of church and state. Yet Americans still try to blur that necessary border line, when clearly it is substantial to our nation’s foundation. That separation saves nonbelievers from prosecution of those who believe.

America’s independence was earned and forged by a paper, painstakingly written, that is contradicted on a daily basis. The founding fathers of the nation did not risk their lives and the lives of their families for a significant paper to be put to the way side and not recognized.  They wrote the Declaration of Independence to make a difference and set a common ground for the people.

They wrote, “We hold these truths to be self-evident, that all men are created equal, that  they are endowed by their creator with certain unalienable Rights, that among these are Life, Liberty and the pursuit of Happiness”  meaning that all citizens deserve equal rights regardless of who they are (Our “Declaration”).

If all men are deemed having the right to the pursuit of happiness, should homosexuals not be able to pursue a marriage that makes them happy? Constitutionally, they should be able to. Moreover, there is no part of the Declaration of Independence that is against homosexuality.

Why do you believe you can marry the love of your life and they can't? Oh, you can't think of anything? Okay.