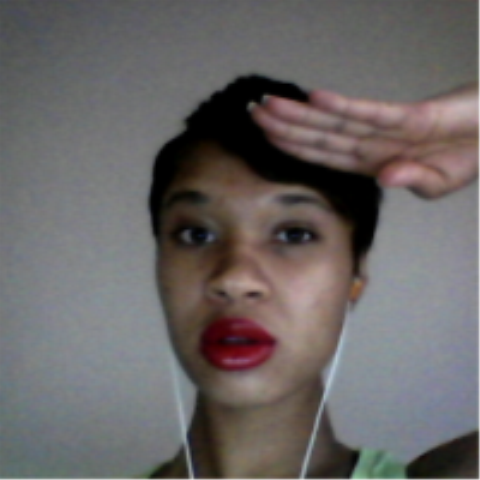 Day after day
Semester after semester
Year after year
I run into college freshman, sophomores, juniors, and seniors who are victims drowning in their own pool of confliction
If beauty is in the eye of the beholder, then what about ignorance?
When I say the word ignorance
I’m not talking about the newly found, informal, follow- the- leader- because - I- don’t- know- better definition of ignorance that means RUDE
NO, I’m talking about the Merriam-Webster definition of lack of KNOWLEDGE, UNAWARENESS, and EDUCATION
It hurts my soul to see my peers putting more time into what Rihanna’s wearing, who Kim Kardashian’s screwing, or Instagram more that their OWN success
If I had a dime for how many students I heard say,
“Can we have a studyguide for the exam?”
“That class was too hard so I dropped it.”
I would probably be able to buy a semester’s worth of textbooks for my own damn education
Why do you need a studyguide for information that’s in a textbook YOU purchased?
Oh, I know why
So you can get drunk and party this weekend and struggle through your hangover Sunday night so you can memorize that lovely studyguide to pass the exam Monday morning
Typical
When will students wake up and realize college is a REWARD not another pair of expensive ass sneakers that you wear for some time then throw in the back of your junky ass closet
Why is it that my generation prefers to nurture the seeds of their insecurities instead of nurturing the seeds that will allow their minds to grow, blossom, and expand into a horizon of roots, trees, and forests of WISDOM?
Why is it that these young women of today are spending time in the gym working on their fitness NOT because they don’t wanna face the harsh realities of cardiovascular disease or diabetes, but BECAUSE they rather take a bunch of selfies to impress meaningless people through a screen and a bunch of wires?
These women rather be nominated as someone’s WCW or Instagram’s hottest honey of the year than study they ass off to become the next Nobel Peace Prize winner
I find myself SMDH (shaking my damn head) more than smiling sometimes
Education versus Insecurities
These college students rather race to take shots to fit in than to race to the library and take out that book before anyone else in the class for their final assignment
I’ve gotten clowned so much for spending Friday, Saturday, and Sunday night in my dorm room studying instead of participating in a bunch of meaningless rachetness
I mean for goodness sake
Listen to the vocabulary today
RACHET instead of RAPPROCHEMENT
Really?
Once again, Education is battling Insecurities
INSECURITIES are moments in time when one lacks confidence or knowledge of one’s TRUE self
These moments in time are only temporary
There are only three things that insecurities can get you in this world:
Unhappiness, Regret, and Shame
But EDUCATION is the key and lock to opportunity and existence
EDUCATION is eternal
So make up YOUR mind?
Harvard or Nike