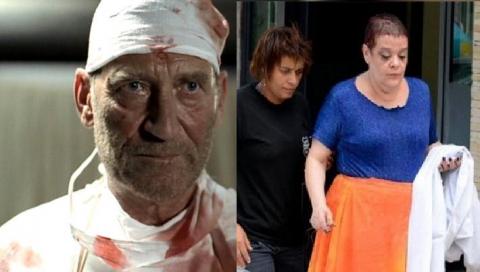 For stubborn stains, it had direct orders,

To tear pages off the flap,

Customized to rub Nazi land from the map,

Armed to the teeth, yawn-less with night-vision,

He scavenged the ground for scattered dreams,

Leaves from his meritorious past, devilish conquests,

Snaps of enemies in blood and screams,

It was all over, damn ‘Heil Hitler!’

He had to depart, then and there,

His most competent Archfiend,

For his final lap, his walk of retribution,

The last stretch to his end…

This was the time, when unnoticed served this scarred angel,

Deep below that violent surface of this earth,

He tended thousands of injured, bleeding and the wounded,

No else, could cook some medicinal stew in there,

Until he reached them,

Limbs were sawed down, not operated,

Amidst that mutilated, sobbing multitude,

In that make-shift hospital,

Out of an underground bunker to escape air-raids,

Relentlessly at service, that doctor lost count of nights and days,

He drank horror, on insomniac glimpses he fed,

In repentance, wails of limbless carnivores,

The only one who survived those lethal gases,

Sprayed to suck out of creatures around, every trace of humanity,

Roamed around zombies, once soldiers,

Dead were their ideals,

Dead was their honor,

Gone was the Führer, their Protector,

Abandoned in Berlin, for duty Divine,

With the century ready to wake up to a new morn,

I wonder if that selfless spirit of service is still there?

Or, with that doctor decayed in Kazakov’s Butyrka*,

That spotless dedication to God’s work is gone?

This doctor from the Latino city of Curitiba,

Unscathed by human suffering and pain,

Terminated the ones critically ill,

To reduce her workload against Lord’s will,

Get rid of escalating stress,

And be done with, after quickly distributing death certificates…

Though, both dealt in human life,

This doctor served to terminate,

That doctor served to preserve and recreate,

In the Gallery of Motives,

One stood statured in wax,

While, the other chose to hide…

Dr. Haase fought death, served to heal like only a few could, when Russians were taking over Berlin in 1945, while Dr. Soares had the audacity to grant death to her patients, only to reduce the mounting pressure in the ICU of Curitiba’s Evangelical Hospital, Brazil.

*Butyrka Prison, Moscow (Matvey Kazakov, its architect) is the place where Dr. Hasse died in the year 1950, serving his term as a POW.