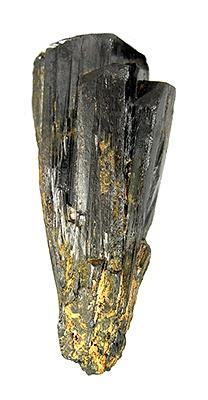 They call me Coltan.

it’s my formal name, better get it right.

I could sue you for it, asshole.

I’m worth a lot of money.

I sat in the same exact place

my veins spread out

relaxing in some of the hottest places on the planet

with their giant-ass basins

ground me out of the dirt and into their bigass baskets

who knew I’d be the world’s next superstar?

It just took a bit of refining.

I knew you’d be tantalized by my tantalum.

I run this place, these days.

They dragged me out of the dirt to be your everything.

I’m a sucker for that electric feel,

I’m your cell phones, your computers,

I’m your processor and your RAM.

I’ve got more processing power than all your brains combined.

You liked the sheer capacity of my capacitors.

It feels nice to be wanted.

You gave me a new name,

not like the crunchy name used by the natives who found me.

You gave me a bright new name, shiny like your satellites.

my capacitors became your capacity’s only limit

I became your updates

I’m bountiful, baby.As long as you got bodies to dig the rest of me out

I love the attention.

I’ve been your GPS’s, shown you every path

Been your tools to help you reach the clouds.

I’ve been farther than you ever have

Outside your solar system, feels damn good to be your progress.

Feels good to have millions sunk into you.

I became your words,

my programming languages takin’ place of yours,

I became your memories,

hard driven to hold up worlds for you.

I became the new replacement for the old world.

Or did you say third world?

It don’t matter, you know.

I’ll take you forward,If you’ll take me off this ancient rock heap.

It’s chock full of your shit, now that you’re taking to the stars.I don’t belong with your waste mountains

you took me to mars

out of the dung heaps for you.

Didn’t matter when they died in air too thick

you just replaced them,

you knew I was gonna be your progress;

push you forward into the universe...

Though I’m beginning to think you don’t remember.

Bits of me got left behind

in mounds of old laptops

with capacitors that didn’t match your capacity.

but it happens to the best of us someday;

eventually we all die.

You still love me, don’t you?

I’ll carry you from Mars to Jupiter,

I’ll carry myself to you on two legs,

when the brown bodies need to be replaced by silver robots,

use me in your metallic capsules,

the tiny worlds I have sustained for you,

each one a temple to progress,

and let me feel the heat of a rocket.

I will become your universe.

I will make the air you breathe

the food you eat,

the products you buy

on your space stations so close to the stars.

The earth is not my home now, I belong with you,

so why do you keep sending me back?

For every update I offer

some of me gets replaced,

remember what I used to be?

You’ve got the last of me now.

Aint any left in the dirt to run those robots who brought me to you.

You dug up the last of my veins, buried me again in plastics,

my beautiful luster hidden behind thick scratched up polymers.

I am the air you breathe.

I am all the stars and planets you have ever reached.

I am your life.

What happens to all of you when I am dead?

Where will you fall with no shiny planet to which to return?

Where will you plummet next?

Eventually, we all die.Let me hear you say it to me once.

“Coltan baby, you were my everything.

“Wish I’d saved some of you for later.”