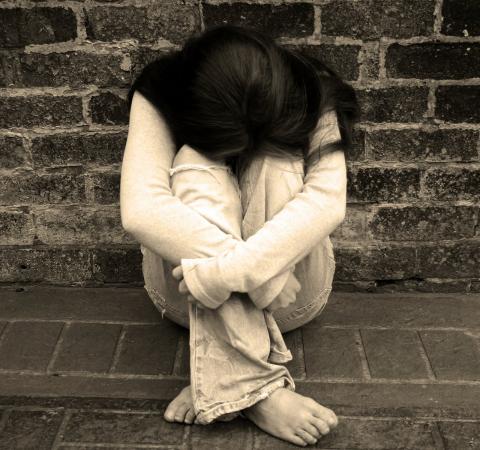 I was once a strong weak thing.
I often looked in the mirror
And asked who the girl staring back at me was.
Was she strong, brave, and steadfast?
Or was she weak, scared, and indecisive?
For there were two girls
That made up me.
One was insecure and lonely.
She cowered behind the protection
Of a perfect, shining girl
Who smiled at the world.
The façade was perfect .
So unfailing.
The polished girl would forget about the terrified thing behind her
Because she was ugly, small, and fragile
The bright, confident girl that everyone saw overpowered her
But sometimes, the pathetic creature would get in the way
She would make it harder for the perfect girl to smile her plastic smile
Sometimes, the perfect girl would trip over the other one
She would stumble,
And almost fall.
She couldn’t let that happen.
So the refined girl imprisoned the frightened girl behind walls of denial
She refused to acknowledge the girl cowering behind the walls
And she tried to forget there was a breathing, stinking thing inside of her
That if released, would destroy her perfect image
But the unsure, entombed little girl refused to be forgotten
She would tap persistently on the walls surrounding her
Small cracks would appear
The poised, faultless girl was so proud
That she didn’t notice
The unattractive creature peeking at her
Through the gaps
Then one day
That all changed
The world tore apart
Bitter tears sent the unsteady walls crumbling down
And revealed the long forgotten, scared little girl waiting there
She knew the walls would eventually collapse
That she wouldn’t forever be a prisoner
The two girls were still
So still
As they looked at each other
And really saw one another
The confident girl knew she couldn’t build a lasting prison
For the ugly thing inside of her
So instead of caging her again,
They embraced
And became one
For the confident girl wasn’t so prideful
And the ugly girl wasn’t so terrified
And together
They became
Me.