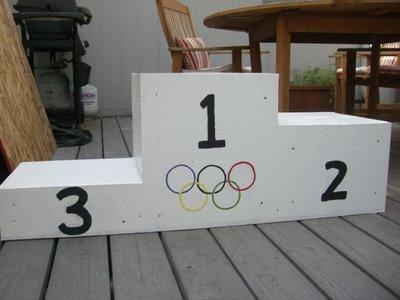 I start up my mornings with a nice early shower.

That’s how I start my day. You may start that way too.

But does that make me more awesome than you?

My exam was approaching, so I studied for hours:

You were brighter than me, but you spent classes sleeping,

And spent nights at the bar with buddies and drinking.

When exams were all finished, the professor announced,

That my hard work and patience had earned me a C.

I was proud, 'til I learned you slid by with a B.

But does that make you more awesome than me?

We ran a track race once, perhaps you may reckon.

The gun shot. Our hearts jumped! Down the track we went.

And you got the gold by a seventh of a second.

But did that make you more awesome by point seven percent?

Through tests and track races I believe I can say,

We share the same interests. We’re the same, in a way.

Yet somehow, you always beat me in the end.

But does that really make you more awesome, my friend?

You’ll never know how it feels to try.

When you’re tired but you run suicides ‘til you cry.

And though I can’t brag as much about my success.

I can certainly boast that I’ve made more progress.

So you may win the race, and you may ace the test,

But you can’t deny my awesomeness.

Now back to the track, you beat my time by point seven,

But I know why I lost: my breath was unleavened.

So I’ll practice until I breathe at an even pace.

And I’ll win by point eleven the next time we race!

I can fly a kite. I can eat an apple in one bite!

I’ve climbed mountains and have reached many heights,

Now I put my sights onto a new height.

I keep climbing and at the top I will shine bright.

To do this, I’ll have to try a new fight:

For the first time ever, I am here to write.

Write poem, that is. Most are better than mine.

After all, I am new to rhythm and rhyme.

I’m an idiot to poetry and illiterate in prose,

But with each new experience my awesomeness grows.

Yes, I agree that two is better than one,

And I know three is better than two,

But the number line starts at zero, not one.

So give one credit where credit is due!

This has left me with one final thought.

One FACT I cannot refute:

Today I move a step up from zero to one,

And with that step, my awesomeness grew.

So I can’t really say “everything is awesome,”

Because zero is only “okay,”

But with each step I take away from zero,

I grow awesome in a new way.

Poetry Slam:
Everything is Awesome Scholarship Slam - CLOSED
This poem is about:
Me